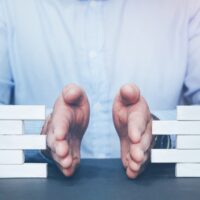 The dissolution of a marriage can be a difficult process to navigate. Conversations regarding the division of property can often muddle and even magnify the stress of divorce.

Equitable distribution can often be misunderstood as having assets including homes, savings, retirement accounts, and debts being split evenly between both parties. Instead, property acquired during a marriage is split in a manner that is both fair and equitable. Because everyone’s divorce is different, equitable distribution may look different from case to case.

In contrast, property or assets that were acquired before an individual got married are deemed separate property. Separate property can include assets acquired during marriage by one spouse, such as an inheritance or gift, as well as property that was purchased by one party before the marriage occurred.

New Jersey Statutes Title 2A, Section 32-23h details that the state recognizes marital property as all property, both real and personal, which was acquired legally and beneficially by either party during the marriage. The law excludes inheritances as well as gifts that were given to one party by the other or from a third party specifically to one of the spouses separately.

When determining how to equally distribute property, New Jersey courts will start by considering all the marital property that is up for distribution.

The value of the property will then be determined. This is done by assessing the value for physical property like homes and vehicles as well as noting the value of financial funds like retirement accounts and savings accounts. Liabilities and debts will also be considered.

The courts will then determine how the marital property is divided in a way that is deemed equitable and fair between both parties. Depending on the case this may not necessarily be a 50/50 division. For example, if one spouse quit working to stay home with the children and has limited their earning capacity, this may be taken into consideration when distributing property.

What is Considered in Equitable Distribution of Property

When a court is determining equitable distribution of property in a divorce in New Jersey, several factors will be considered. Some of the main ones include:

Have the Proper Representation

No matter the type of marital property being considered for equitable distribution, the process can often be very complex and filled with tension on the part of both parties. Having an experienced attorney on your side can help you limit some of the tension, confusion, and even frustration you may have.

If you’re considering divorce or dealing with child custody, child support, alimony, or other family law issues in New Jersey, contact the efficient and thorough Union family law attorney John B. D’Alessandro for a consultation.