Is there a mandatory waiting period in NJ? 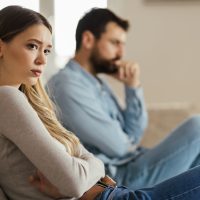 A divorce dissolves a marriage. It is final and has lasting consequences on the parties regarding matters such as the division of marital property, the payment of alimony and child support, and child custody. To make sure couples have thought through the decision to divorce and are committed to taking this step, most states include some sort of waiting period or “cooling off” period between the time the divorce is filed until the judge can issue a final decree dissolving the marriage. Periods differ from state to state and range from 20 days to one year, with periods of 30, 60, or 90 days being the most common.

New Jersey doesn’t have a mandatory waiting period; a divorce can be granted as soon as the parties complete the required process for dissolving their marriage. This doesn’t mean a divorce in New Jersey is immediate, though. Many of the grounds for divorce have time periods written into the statute, and the process itself will take some time regardless. Below we look at some of the ways in which New Jersey law makes couples wait to finalize their divorce. For help with divorce issues in New Jersey, call a dedicated New Jersey family law attorney for advice and representation.

Like all states, New Jersey courts only have jurisdiction to dissolve marriages among the state’s residents. Every state has a residency requirement, requiring that at least one spouse be a resident of the state for a certain time before filing for divorce. The residency requirement in New Jersey is longer than most; in the Garden State at least one spouse must have been a “bona fide” resident of the state for at least one year before filing for divorce, except in cases where adultery is being pleaded as the ground for divorce.

Assuming the residency requirement has been met, the party filing for divorce must allege and prove a ground for divorce, as outlined in New Jersey law. Most of these grounds have timelines built in, while only a couple don’t require any wait before filing for divorce. These grounds and their applicable time periods are:

Adultery – No waiting period. A party can file for divorce as soon as he or she learns of adultery committed by his or her spouse.
Willful and continued desertion for 12 or more months.
Extreme cruelty – No complaint can be filed until three months from the date of the last act of cruelty complained of in the complaint.
Separation, provided that the husband and wife have lived separate and apart in different habitations for at least 18 or more consecutive months and there is no reasonable prospect of reconciliation.
Voluntary addiction or habitual use of drugs or habitual drunkenness for 12 or more consecutive months since the onset of the marriage.
Institutionalization for mental illness for 24 or more consecutive months since the marriage began.
Imprisonment of the defendant (the non-filing spouse) for 18 or more consecutive months after marriage.
Deviant sexual conduct voluntarily performed by the defendant without the consent of the plaintiff – No waiting period.
Irreconcilable differences which have caused the breakdown of the marriage for six months and make it appear the marriage should be dissolved and there is no reasonable prospect of reconciliation.

So, while there is no required waiting period between when a divorce is filed and when it can be finalized, in most cases the ground for divorce must have existed for several months before a party can file for divorce.

Although New Jersey has no required waiting period, practically speaking even an uncontested divorce can take several weeks or a month to work its way through the judicial system and become final. If the parties create an adequate marital settlement agreement addressing all applicable issues (division of marital property, payment of alimony, child custody, child support), then the divorce can proceed from filing to judgment in the swiftest time possible. If some matters are disputed, however, the process can take months or even more than a year to schedule and hold a hearing. An appeal can stretch out the process even longer. If a swift resolution is your mutual goal, get with an experienced divorce lawyer as soon as possible to facilitate the process and guide you to a quick and amicable dissolution.