What Are the Benefits and Limitations of Legal Separation in NJ? 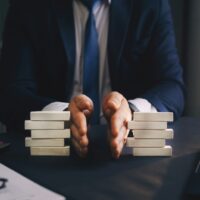 Couples who are considering divorce often look to some sort of trial separation period to test the waters before fully committing to divorce. Some states offer a legal process for separation that is distinct from divorce. Learn about the options for legal separation in New Jersey below, and call a New Jersey divorce attorney with any questions.

There is technically no “legal separation” for married couples under New Jersey law. The closest approximation is a procedure known as a “divorce from bed and board,” also called a “limited divorce.” It’s an old legal option that gained favor in the mid-20th century for couples who wished to separate but who, mainly for religious reasons, did not want to officially divorce. A divorce from bed and board is essentially an economic divorce without the complete legal dissolution of the marriage.

Parties who seek a divorce from bed and board can obtain many of the financial judgments that would be issued in an “absolute” or full divorce, but they will remain legally married at the end of the process. Parties can seek judgments concerning the equitable division of assets and debts, child support awards, and alimony/spousal support. They can limit the property to be covered by the divorce, choosing to continue jointly owning some property while dividing other property.

The process for obtaining a divorce from bed and board is much like a full divorce. A party files a complaint in court, identifying one of the established grounds for divorce (including irreconcilable differences), and the parties proceed to exchange evidence and work toward a settlement (where possible). Unlike an absolute divorce, both parties must agree to divorce from bed and board.

Pros and Cons for Divorce from Bed and Board

Primarily, that means that even after the divorce from bed and board, the couple will continue to benefit from health insurance and other benefits carried by one spouse. Couples who remain married can continue to be covered by health insurance and other survivor benefits such as pensions, social security retirement benefits, and others. Health insurance coverage is often the principal reason for seeking a limited divorce. Certain types of benefit programs may be affected by a divorce from bed and board, however.

Additionally, once a divorce from bed and board has been finalized, any new property acquired is considered separate property. Parties can ease into divorce with a limited divorce and later convert to a full divorce without worrying that they have to split all of their income and other assets gained in the meantime.

Other legal rights may or may not change with a limited divorce. Concerning probate, divorce from bed and board ends the rights of spouses to automatically inherit property and typically voids pre-existing will provisions that leave property to the spouse. There are also certain tax effects of a divorce from bed and board; the IRS generally treats the parties as legally separated, rather than married or divorced, which carries additional complications.

The main drawback of limited divorce is that the parties are still legally married. They cannot remarry until converting into a proper divorce, which can affect dating and other personal matters.

Through a separation agreement, the parties can contract around rights such as:

Once the contract is drafted, signed, and notarized, the agreement carries legal weight. If one party violates the agreement, the other party can go to court to seek enforcement. If the parties later get divorced, the agreement may include a provision that its terms will be incorporated into the ultimate divorce judgment.

If you’re considering divorce or separation in New Jersey, contact the dedicated and detail-oriented Union family law attorney John B. D’Alessandro for a consultation.