I Don’t Want My Kid Going to In-Person Classes, But My Ex Does 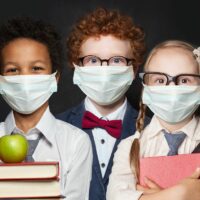 The school year is starting, and we live in a novel coronavirus world. While schools that have reopened or that plan to reopen are taking what safety measures they can, there is good reason to worry about the safety of children, teachers, staff, and families. The coronavirus pandemic continues to rage on, and schools present a small, enclosed space where transfer of the virus is a possibility, especially as the science around children and infection rates remains unclear. On the other hand, many parents need children out of the house during school hours so that they can perform their own job and pay for rent and food. Access to technology for remote learning may also be an issue. There is no easy answer. If you and your spouse share a child and you disagree about whether it is safe for your kid to go to a school hosting in-person classes, what happens? Read on for a discussion of this difficult and complicated issue, and reach out to a professional and experienced New Jersey child custody lawyer with any questions or for help with a New Jersey family law issue.

The Parent With Legal Custody Decides

New Jersey law deals with two kinds of custody: physical and legal. Physical custody concerns where the child resides, while legal custody grants a parent the right to make important decisions about the child’s upbringing, including medicine and education. If one parent has sole legal custody, then that parent gets the final say on where the kid goes to school.

Sole legal custody is relatively uncommon, however, even where one parent has primary physical custody. Sole legal custody is reserved for situations in which one party is legally unfit to be a parent, such as if they are incarcerated or declared mentally unsound. Typically, parents will share legal custody, meaning that they must come to an agreement on important issues regarding the child’s health and education.

Joint Custody: Where Does the Child Primarily Live?

If parents share physical custody of a child, then where the child goes to school will be primarily determined by the child’s primary residence. Generally, if the parents live in different school districts, then the district in which the child spends more than 50 percent of the time will be the school district where the child attends school. If the parents split custody of the kid 50-50 and live in different districts, then the child is eligible to attend school in either district. The parents would then have to decide in which district to enroll their child–for example, choosing a district that is remaining all-remote for the time being, or a district in which schools are attempting to host in-person classes.

Do Your Best to Agree

At the end of the day, a child’s best interests are usually better served when the parents can agree. If one parent is much more concerned about returning to an in-person school than the other, it could make sense to modify the custody arrangement temporarily. That parent could take the kids during school hours while the kids attend class remotely, or they could pay for childcare expenses during the school day.

A seasoned child custody lawyer can help you and your spouse come to a mutual agreement about your child’s education without the need to get a court involved. If you are unable to come to any agreement, one party could request a hearing before a family court to present their side. New Jersey courts are holding virtual hearings, limiting coronavirus risks. The court may then have to decide whether a child should transfer schools to avoid going to in-person classes.

If you are dealing with child custody, visitation, or other family law issues in New Jersey, speak with the dedicated and compassionate family law attorney John B. D’Alessandro. Call us today at 908-964-0102.