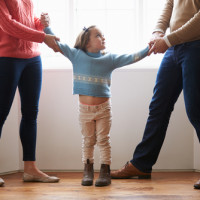 In the matter of Weiss v. Weiss, decided last month by the Superior Court of New Jersey, Appellate Division, the appeals court affirmed a lower court’s decision regarding two post-judgment orders in a divorce. The post-judgment orders arose from the ex-husband’s motions to require that his son attend Sylvan Learning Center for tutoring and attend summer school, and also to set aside the property settlement agreement established in the divorce. The husband further requested the court to remove (recuse) itself from the case, and in addition appealed an attorney fees award that he was required to pay to the ex-wife.

The ex-wife in this case has primary residential custody over the child, and the court not only denied the husband’s motions but also ordered that the wife as primary residential parent will make any and all final decisions as to tutoring. The husband objected on the grounds that the settlement agreement awarded joint custody to both parents and specifically calls for joint decision-making on matters related to the child’s education. However, the court noted that a criteria for joint legal custody to work is the ability of the parents to interact with another. The judge noted that in the five years since the divorce, the court has had to deal with over 52 motions and orders to show cause. The judge found that the bulk of the husband’s application was in bad faith and characterized the husband as coming to court needlessly without first trying to work out issues with his ex-wife outside of court.