Is My New Jersey Marriage Eligible for Annulment? 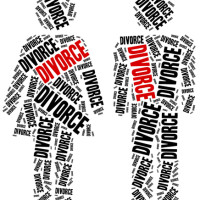 Annulment is unlike divorce in that it is a legal pronouncement that a marriage never happened. While divorce ends a valid marriage, annulment says that the marriage was always void or voidable. Annulments generally happen after brief marriages. Unlike with divorce, there is no requirement that a party filing for an annulment has resided in New Jersey for a year; they need only be current valid residents when they file. Annulments alter the legal rights that former spouses would have in the event of a divorce. Family part judges will not divide the parties’ property acquired during the marriage according to equitable distribution laws, but they are able to award alimony and/or child support. However, alimony is less commonly awarded to spouses whose marriage was annulled. Annulments may sometimes be more favorably viewed by certain religious communities.

When will a New Jersey court grant an annulment?

Unlike New Jersey’s no-fault divorce laws, succeeding in an application for an annulment requires that you prove some condition is present that requires an annulment, and courts are generally disinclined to find that such conditions are present. Legal grounds for New Jersey annulments include:

If you would like to discuss the possibility of obtaining an annulment or filing for divorce, contact skilled New Jersey divorce and annulment attorney John B. D’Alessandro for a consultation on your case, at 908-964-0102.