What to Know About Irreconcilable Differences 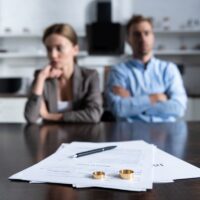 What Are Irreconcilable Differences?

According to New Jersey law, irreconcilable differences mean that the married couple has been experiencing significant marital difficulties for at least six months and that these marital troubles cannot be resolved. The specific marital troubles do not need to be explained in the initial complaint, although common types of irreconcilable differences include: disagreement on financial matters; communication problems; lack of sexual intimacy; personality conflicts; loss of trust; differing socio-political opinions; and simply growing apart due to diverging life interests and goals.

What Are the Requirements for Divorce Based on Irreconcilable Differences in New Jersey?

If you need seasoned and savvy legal help with divorce, premarital agreements, child support, alimony, or other family law matters in New Jersey, contact the Union offices of family law attorney John B. D’Alessandro at 908-964-0102.