How to Invalidate a New Jersey Premarital Agreement 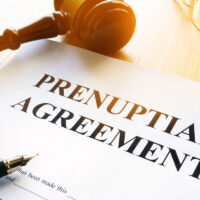 Premarital or prenuptial agreements (“prenups”) allow engaged parties to decide how financial issues and other aspects of a potential divorce would be handled should the parties later decide to split up. Prenups are becoming more and more popular, even among parties with equivalent wealth and earning potential. Gone are the days when prenups were reserved for when a rich person marries a less wealthy partner. They can provide security and comfort to all marrying couples and help streamline the divorce process should the marriage ultimately not work out. Prenups are not always enforceable, however, and you may have good reason to challenge your prenup in your New Jersey divorce. Read on for a discussion of how to challenge the validity of premarital agreements, and contact an experienced New Jersey premarital agreement and divorce attorney with any questions or for help with a New Jersey family law matter.

The paperwork was not properly signed

To be valid, prenups must go through the appropriate legal hurdles (written, signed by both parties, etc.). If the legal T’s are not crossed and I’s not dotted, then the agreement may be thrown out in court.

The agreement was deceptive

Prenups follow traditional principles of contract law: If you coerce someone into signing an agreement using threats, be they financial, emotional, physical, or any other type of undue pressure, then the agreement is not valid. The victim bears the burden of proof to show that the agreement was signed under duress.

Likewise, contracts can only be entered by parties with sufficient mental capacity. If one or both parties signed the agreement under the influence of alcohol or drugs or possessed a mental deficiency at the time of signing, then they lacked the capacity to consent, and the agreement may be invalidated.

The prenup was signed without legal counsel

Valid prenups in New Jersey require that both parties consult separate legal counsel before signing. If one party does not have a lawyer, or if the parties “share” a single lawyer, then the agreement may be invalidated. Representing both sides of a prenuptial agreement presents a clear conflict of interest for any family law attorney. If one party refuses to hire their own attorney, they must sign a statement that explicitly states they were strongly encouraged to retain a lawyer but are waiving their right to do so.

The agreement is one-sided or otherwise unconscionable

Courts are not required to follow every contract if there are sound policy reasons to throw them out. Courts may invalidate a prenup that is clearly unfair towards one party or is otherwise unconscionable including, for example, if the agreement imposes undue financial hardship, eliminates or unduly limits child custody following divorce, or imposes marital conditions regarding appearance, sexual acts, or other private behaviors.

If you’re in need of compassionate, experienced, and talented legal help with a premarital agreement, divorce, or other family law matter in New Jersey, contact the Union offices of family law attorney John B. D’Alessandro at 908-964-0102.