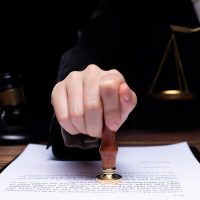 Property division upon divorce in New Jersey sounds deceptively simple: marital property is subject to equitable division, while separate property is not. Our clients often have a general understanding that anything they earn during the marriage is subject to division in a divorce, but the specifics can be murkier. For instance, how is inheritance treated under New Jersey law? If inherited property is treated differently, does it factor into the divorce at all? Continue reading to learn about inheritance and divorce in New Jersey. Call a knowledgeable New Jersey divorce and property distribution attorney with any questions or for help preparing for divorce.

The Default Rule: Everything is Marital Property

New Jersey is an “equitable distribution” state with regard to marital property and divorce. Property acquired by either spouse during the marriage is marital property, with limited exceptions. Upon divorce, marital property is divided between the spouses in a manner that is fair and equitable, if not precisely equal (unlike community property states which divide marital property 50/50). The parties can choose to divide their property however they wish in a settlement agreement, but if the parties cannot agree, then the court will conduct an analysis to determine the most equitable division.

Separate Property and the Inheritance Exception

New Jersey law considers property inherited by will or through intestate succession to be separate property, so long as it was inherited by just one spouse. If a will leaves an asset to “my son and his wife,” for example, then it would be considered marital property. If the asset is left to “my son,” or the estate passes by way of intestate succession (inheritance without a will), then the asset is considered separate property.

Does Inheritance Matter for Divorce?

Although inheritance is considered separate property, it can still affect the outcome of the divorce. First of all, separate property can be “converted” into marital property when it is mixed or commingled with marital assets, or when the property is used to acquire a marital asset. Separate cash acquired through inheritance that is deposited into a joint bank account, for example, may become marital property over time as it becomes impossible to parse which funds were originally separate and which came from income earned during the marriage. Inherited cash used to buy a house in both spouses’ names also converts into a marital asset; the house belongs to both spouses.

Moreover, separate property is an important factor in determining various aspects of divorce. If the court is left to decide upon equitable distribution, child support, alimony, and even child custody, the court will evaluate several factors to reach a decision. Among those factors is the financial status of each spouse. Separate property is a part of each spouse’s financial profile, affecting their earning capacity, economic circumstances, the standard of living, and other factors to be weighed by the court.