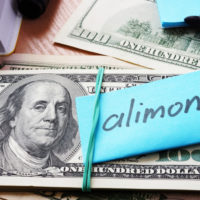 New Jersey courts have the right to reduce alimony payments when a former spouse and alimony recipient has begun cohabiting with someone else, or when the alimony-paying spouse’s financial circumstances have changed substantially. But even if these remedies are available, the spouse seeking a change in alimony must still do the work of proving an entitlement to a change by providing robust evidentiary support for an alteration in alimony owed. The New Jersey Appellate Division recently issued an opinion in a case where a spouse seeking a change failed to support his request with the evidence necessary to prove his case.

C.C. v. R.C. was a recent opinion which stemmed from a request to reduce or terminate alimony. The former husband and payor spouse had filed the request, asserting that his own economic circumstances had worsened since the time of his divorce in 2003. The husband also claimed that the wife, who was unemployed at the time of the divorce and remained so, had begun receiving support from her romantic partner.

The husband was self-employed. At the time of the divorce, he earned his living from a tree stump-removal business he owned and operated. In the paperwork he submitted in support of his motion for a reduction or termination of alimony, the husband claimed that in the previous nine months of the year, despite being a partner in two businesses and having nearly $8,000 in expenses, his year-to-date income had been $0. The wife stated that she was still unemployed and received the majority of her monthly income from alimony. The husband noted that the wife’s financial disclosures indicated that she had spent $10,000 more than she received in income in an attempt to prove that she was receiving financial support from her boyfriend.

Proving a reduction in alimony when self-employed

In order for New Jersey spouses to prove that they are entitled to a change in alimony, they must show that their financial circumstances have changed substantially, warranting a reduction in payments. The court noted that judges have standards specific to self-employed spouses attempting to prove a worsened financial state, namely that they have experienced “an involuntary reduction in income,” “set[ting] forth the economic and non-economic benefits the party received from the business . . . which compares these economic and non-economic benefits to those that were in existence at the time of the entry of the [judgment of divorce].”

In this case, the Appellate Division found that the defendant had failed to meet the court’s standard for showing that he was in a worsened financial state. The husband stated only that his income was $0, but provided no additional details about his financial state. Since he failed to provide the detailed analysis required by New Jersey courts to show a change in circumstances, the court denied his request to reduce or modify alimony. Additionally, the opinion noted that the wife’s expenses were not sufficient to prove that she was receiving undisclosed financial support from a partner. The court noted that the wife had sold the marital home after the divorce and had purchased a much cheaper house with the proceeds. The court explained that her spending could easily have come from the proceeds of the sale of the marital home, rather than her boyfriend, a claim for which the husband offered no additional proof. The husband’s motion for a reduction or termination in alimony was denied.

If you need experienced and savvy legal assistance with a New Jersey divorce or custody dispute, contact the knowledgeable Union family law attorney John B. D’Alessandro for a consultation at 908-964-0102.