In an Abuse Case Against the Stepfather, New Jersey Judge Says Mom Neglected Daughter by Not Believing Her Story 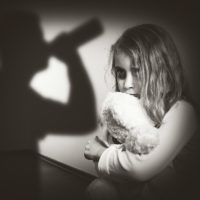 In a surprising decision back in 2012, a family law judge in a sexual abuse case against a stepfather decided on her own initiative to declare that the mother was negligent because she did not believe the daughter’s story of abuse, even though the Division of Youth and Family Services (DYFS) had not filed any complaint against the mother. The Appellate Division of the New Jersey Superior Court last January reversed that decision in New Jersey Division of Youth and Family Services v. P.C..

This case began when a teenage girl (Olivia) told her school guidance counselor about a sexual relationship with her stepfather. The counselor called DYFS, and the Bergen County Prosecutor’s Office interviewed the girl, who stated that the relationship had existed for a couple of years and that she had never informed her mother about the activity. When the mother was interviewed by a caseworker and confronted with the story, she expressed shock and disbelief. The mother also noted that she had a problem with the girl making up stories.

The mother agreed to allow DYFS to interview the three other children in the household, whom she had in common with Olivia’s stepfather, and to keep the father away from them. Sexual abuse of Olivia could not be confirmed or denied by medical testing, although DYFS eventually substantiated a case of abuse. Although the mother didn’t believe her daughter’s story and bailed her husband out of jail, she indicated that she would support her daughter. DYFS never levied any complaints against the mother.

The judge later reconvened the trial against the stepfather. Although it had the opportunity to do so, DYFS did not amend its complaint to include any allegations against the mother. DYFS only asked for a finding against the stepfather. Nevertheless, the judge found against both parents. The judge decided on her own (the legal term is sua sponte) that the mother’s disbelief made Olivia feel responsible for her stepfather’s arrest and all the turmoil that followed. According to the judge, the mother neglected her daughter’s emotional needs, which exacerbated the abuse inflicted on Olivia by the stepfather; the judge said the mother emotionally abused and neglected her daughter.

The appellate division of the New Jersey courts reversed the trial judge. The appeals court did recognize the state’s “parental role” (parens patriae) and obligation to act in the best interests of children, and it is appropriate for a judge who hears information that leads her to suspect abuse or neglect to act on that information. However, at that point, the judge stopped being an independent fact finder and should have recused (removed) herself from the case. Since the judge here did not transfer the case to another judge, the mother was not given her right to due process. Also, New Jersey ethics rules require a judge to disqualify herself from a case wherever there is even the appearance of judicial bias, which was certainly the case here, according to the appeals court.