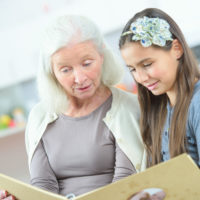 The case, titled C.C. and D.C. v. M.H. and S.H., centered on the fraught relationship between maternal grandparents and their daughter and son-in-law. The grandparents and parents were not on speaking terms at the time that the first grandchild, Heather, was born in 2013, which the court’s opinion explained was due to the daughter’s anger with her parents over how they treated her husband. However, the four repaired their relationship by the time the daughter was returning to work after Heather’s birth. The grandparents provided daycare for Heather two days a week. Despite another dispute that caused a rift in their relationship, the grandparents eventually watched the couple’s second child, Eric, after his birth. The children were enrolled in a preschool program for the other three days a week.

The Appellate Division agreed with the trial judge and dismissed the grandparents’ request for visitation. The Appellate Division’s opinion explained that parental autonomy is an important right that the state should not violate without evidence of “serious psychological or physical harm.”

In this case, the grandparents had not shown the “particular, concrete harm” that they would have needed to show to justify a court ordering visitation time. The opinion noted that the children seemed happy and did not appear to be suffering from any harm due to their grandparents’ absence. The Appellate Division also explained that the psychologist’s report did not support the grandparents’ case, since it was not based on the doctor’s observations or on actual data or evidence from this family’s case. These factors led to the court’s decision to deny the request for visitation.

If you need experienced legal help with an application for child visitation, a child custody dispute, or another New Jersey family law claim, contact the seasoned and professional Union family law attorney John B. D’Alessandro at 908-964-0102.