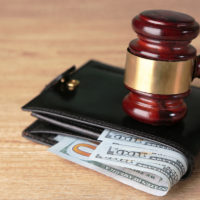 Even after a divorce is all said and done, many people find themselves back in court when their ex refuses to pay. Ex-spouses may drag their feet when it comes to paying child support, alimony, health care and college expenses, and other related fees. A New Jersey court recently addressed the unusual circumstances under which the court may invade one party’s retirement plan in order to collect these unpaid figures. Continue reading for details on the case, and contact a knowledgeable New Jersey divorce and alimony attorney with any questions.

The case of Orlowski v. Orlowski concerns a divorced couple, Robert and Joanna, with two sons. Robert was a member of an engineers’ union who held substantial ERISA-protected money in the union’s pension fund. Following the divorce, Robert refused to pay alimony, child support, college expenses for their children, and other related fees and costs. Joanna obtained several court orders enforcing the divorce settlement, but Robert continued to ignore them. He also took significant measures to protect his income and other non-retirement assets from being attached for non-payment of his support obligations, including hiding assets and creating a trust, as well as filing frivolous lawsuits like a civil rights case against Joanna and her attorney. The court determined that extraordinary measures would be necessary for Joanna to collect any of the amounts Robert owed.

The appellate court ultimately authorized the use of a QDRO to invade Robert’s retirement assets in order to collect the overdue support, as well as related litigation costs and fees Joanna incurred in obtaining the various enforcement orders. The court held that a QDRO can be used to enforce outstanding court-ordered support as long as certain requirements are met: