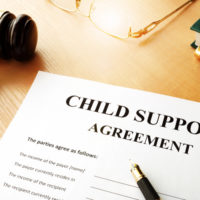 In an unpublished opinion, the Appellate Division relied on the doctrine of fugitive disentitlement to deny the appeal of a father who owed over $100,000 in unpaid support and was the subject of a bench warrant for unpaid child support. The case serves as a cautionary tale for the serious consequences that can result from disobeying court orders or attempting to deceive the court, decisions that parties to a divorce are less apt to make when relying on the advice of a trusted and level-headed New Jersey family law attorney.

The couple at the center of the case Macek v. Peisch divorced in 2011. During their marriage, they had seven children, only two of whom were still minors at the time of the divorce. The husband and father was ordered to pay both spousal and child support in the total amount of $683 per week. By 2014, the husband was nearly $70,000 in arrears in support payments, with his last support payment of $7 having been made in August of 2014. The man was arrested in January of 2015 for nonpayment of support. At that time, he claimed to be indigent and unable to make support payments through no fault of his own, and requested that an attorney be appointed to represent him. Under New Jersey law, if someone is threatened with jail time due to nonpayment of support, that person is entitled to have a lawyer appointed to represent them if they are found “indigent,” or unable to pay a lawyer’s fees.

The trial judge appointed a lawyer, having found the man indigent. However, the husband either threatened to sue or sued all three lawyers appointed by the court to represent him in child support enforcement hearings, claiming malpractice. Lawyers are unable to represent a client who has accused them of malpractice. One trial judge noted that the man appeared to be exploiting a provision of the law that stated that a parent could not be imprisoned for nonpayment of support if they lacked representation; by suing all his lawyers, he postponed any jail sentence.

By December of 2015, the support arrears had reached $101,010.85. Rather than continue to appoint attorneys for the man, the trial court instead held a hearing to examine whether the father was truly indigent. Prior to the divorce, he had been earning about $130,000 annually. Though he was unemployed at the time of the split, the court imputed an income of $110,000 to the husband, essentially saying that, if he conducted a diligent search for employment and got a job, he was capable of earning this amount. In order to remain objective, written court opinions often include select details that seem to shed light on the court’s true feelings about a litigant. The Appellate Division’s description of the indigency hearing included a number of such details. For example, the opinion includes the following: “Defendant, who is right-handed, said his left wrist was injured seven years before, but he is otherwise healthy. He is supported by his eighty-two-year-old mother. . . She provides for his needs, including a cellular phone.” (emphasis added.)

The trial court determined that the man was not, in fact, indigent. The husband was enrolled in a work-release program at the Bergen County jail, but when he refused to participate in the program (another detail selectively included by the Appellate Division in its opinion), he was moved to the general jail population to complete his sentence.

The husband later contested the ruling that he was not indigent, and when the trial court denied his motion to reconsider this decision, he appealed. By this time, the arrears had continued to grow, as the husband again refused to make payments towards the debt after his release from jail, and another warrant was issued for his arrest. The Appellate Division dismissed the appeal, claiming that it was barred by the fugitive disentitlement doctrine. This doctrine states that, when a warrant has been issued for the arrest of a party before a family judge based on outstanding child support, they lose the right to appeal a court decision that found them not to be indigent. Until the husband is no longer a fugitive, he will be unable to challenge the court’s finding that he’s not indigent.

If you plan to file for divorce in New Jersey and need trustworthy, knowledgeable, and dependable counsel to walk you through the process and ensure your best interests are protected, contact the Union family law attorney John B. D’Alessandro for a consultation, at 908-964-0102.