Final Restraining Order Upheld Against Woman Who Took Child out of the Country for Months Longer Than Planned, Exhibited Violent Behavior 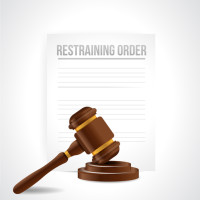 An Appellate Division court has held as valid a final restraining order (“FRO”) where a woman had a violent outburst over missing personal property, after having taken the couple’s child out of the country for months longer than originally planned. The case, titled M.H. v. V.H., was on appeal from the Family Part court in Bergen County. The couple in the case married in 2008 and had one child, born in 2009. The events relating to the FRO began in August of 2013, when V.H. took the couple’s son out of the country to visit her family. While the trip was initially intended to last three weeks, V.H. did not return until March 24, 2014, allegedly due to the fact that M.H. refused to continue to send V.H. money.

Several days after returning to New Jersey, on March 27, 2014, M.H. returned home one evening to find V.H. in the home. V.H. was, according to M.H., screaming and throwing things at M.H., angry over allegedly missing clothing and jewelry. When M.H. went to comfort their five-year-old child, who had become upset, V.H. followed, beginning to swing at M.H. and hitting him in the face, as well as hitting their child by accident. M.H. left the home with their child and called the police. After investigating the home, seeing red marks on M.H.’s face, and interviewing the parties, the responding police officer determined that V.H. had, in fact, become violent, and arrested her for assault. M.H. requested and received a restraining order after this incident. In doing so, M.H. disclosed that there had been a previous incident of domestic violence between the parties. In 2012, V.H. had requested a restraining order against M.H. for screaming at her and throwing a wet napkin at her, but she subsequently dismissed that restraining order.

V.H. disagreed strongly with M.H.’s account of the event resulting in the restraining order against her. V.H. claimed that she did not hit M.H., but rather that he hit himself prior to the police arriving. V.H. argued that M.H. was simply mad that V.H. had taken the child out of the country for too long, adding that she had several legitimate reasons for staying on past her original departure date. Upon appealing the FRO, V.H. claimed that there was insufficient evidence to support the trial court’s finding that the incident of assault forming the basis for the FRO had occurred. She also argued that, since no prior history of domestic violence existed, there was not enough support for the entry of the FRO.

The Appellate Division agreed with M.H. that the FRO should stand. The court described the two-part consideration that a judge must make when issuing a FRO, which are that the plaintiff has proved that an underlying act of violence has occurred, and that the restraining order is “necessary to protect a plaintiff from immediate danger or further acts of domestic violence.” The court determined that sufficient evidence of the incident of violence on March 27 existed, including testimony from M.H. and the responding police officer, and that it was reasonable for the Family Part judge to hear that evidence and find that there was a continuing threat of danger if V.H. were not restrained from seeing M.H.

Domestic violence can be terrifying and life-threatening. If you have experienced violence at the hands of a spouse and want legal protection from that person, contact a skilled family law attorney to help you with the process of obtaining a restraining order to protect your safety. Call the Union, New Jersey Law Offices of John B. D’Alessandro for a free consultation on your claims at 908-964-0102.