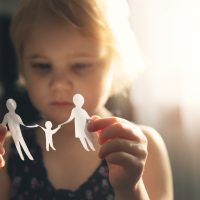 These days, New Jersey family courts err on the side of joint custody. In a divorce or other custody dispute, judges presume that children benefit from having both parents remain in their lives. There are, however, certain circumstances that can give rise to a strong argument for sole custody. Continue reading to learn about obtaining sole child custody in New Jersey, and if you’re in the midst of a child custody dispute, call a dedicated New Jersey child custody attorney for advice and representation.

New Jersey law separates custody rights into two categories: legal custody and physical custody. Legal custody refers to the legal authority held by parents to make important decisions regarding their children’s upbringing. A parent with legal custody has the right to make decisions about the child’s education, religious upbringing, medical issues, and other important matters.

Physical custody, also called visitation or parenting time, refers to the child’s living arrangements and other logistical matters, such as where the child resides and with whom the child spends their time. Physical custody also carries responsibility for normal, day-to-day activities.

Custody can either be joint (shared) or sole (full). In most cases, the court will award some form of joint custody. The child will split time with both parents (joint physical custody) and both parents will share the right to make important decisions regarding the child’s upbringing (joint legal custody). Even if the child resides primarily with one parent, both parents will typically share legal custody, and the non-residential parent will still have the right to parenting time and visitation.

New Jersey family courts start from the presumption that children benefit from a continued relationship with both parents, meaning some form of joint custody is preferred. In order to obtain sole custody, the parent seeking custody must demonstrate that joint custody is either impossible or would be detrimental to the child. Ultimately, the court’s decision will always turn on the “best interests of the child.”

Historically, one party could obtain sole legal custody in New Jersey by proving that the parents share such animosity that they would be unable to agree, communicate, or cooperate at a base level with regard to parenting. If the parents are fundamentally unable to agree on, for example, decisions regarding education or health care for the child, joint legal custody is not possible; one party could obtain sole custody by proving they would better serve the child as a parent. Nowadays, courts are much more reluctant to award sole legal custody. Proving the parents cannot agree on anything might convince the court to award primary physical custody to one parent while giving the parent control over certain issues, but it’s less likely to win sole legal custody.

A parent seeking entirely sole custody will likely need to demonstrate that the other parent is unfit, such that continuing to allow them to parent would be detrimental to the child. If one parent has a serious history of criminal activity, domestic violence, drug addiction, or parental neglect, the court might be willing to strip the dangerous parent of their parental rights. Likewise, if one parent is mentally unfit or physically incapable of taking care of a child due to mental illness, incarceration, or physical incapacity, the court could grant sole custody to the other parent. Alternatively, one parent can vie for sole physical custody, while the other parent still shares some legal custody rights and the right to periodic visitation/parenting time.