How to File Divorce Based on Irreconcilable Differences in New Jersey 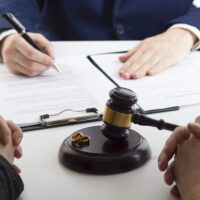 What Are “Irreconcilable Differences?”

Although New Jersey now permits no-fault divorce, parties seeking to file for divorce must still cite a “reason” for the divorce. Parties have several options for the grounds for divorce, including the previous grounds for fault divorce such as adultery, cruelty, desertion, and others.

Requirements for a No-Fault Divorce in New Jersey

In order to file for divorce based on irreconcilable differences in New Jersey, the parties must satisfy certain minimum requirements. These include:

To obtain a divorce based on irreconcilable differences, one party simply needs to file a complaint for divorce, along with a summons to be served on the other spouse. The complaint must state at least the basics of the marriage (when and where the marriage occurred, length of the marriage, residence of the spouses), as well as the grounds for divorce (i.e., the parties have experienced irreconcilable differences for at least six months). Your New Jersey divorce attorney can help you fill out the proper forms and ensure that all legal details such as effecting service and proper filing are properly executed.

Help With Your No-Fault Divorce in New Jersey

If you need dedicated legal help with divorce, premarital agreements, child support, alimony, or other family law matters in New Jersey, contact the Union offices of family law attorney John B. D’Alessandro at 908-964-0102.