What are a Father’s Rights After a Divorce in NJ? 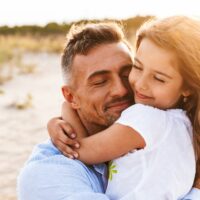 Occasionally, husbands and fathers facing the prospect of divorce come into the process with a misconception about their rights and what they should expect. They may believe that mothers are always awarded primary or sole custody of shared children, or that they should expect to be the noncustodial parent who owes child support and alimony. In the modern world, fathers can expect more, and fathers and mothers are seen as equal by family courts. Below, we discuss the rights fathers can expect after a divorce in New Jersey. Talk to a savvy New Jersey child custody attorney if you need help with a child custody or divorce matter.

Historically, courts tended to default to awarding primary custody to mothers. Fathers tended to be the breadwinners of the family, while mothers tended to stay home and take care of the family. Nowadays, a single-income household with only the father earning income is the exception, rather than the norm. Dual-income families are far more common.

Likewise, there is no default presumption that mothers are homemakers, nor one that they should “get the kids” in the divorce. Fathers have an equal right to primary or joint custody, as the circumstances of the family and the divorce dictate. If you want custody of your children, make your case to the court, or to your spouse in mediation or settlement negotiations, with the help of a seasoned child custody lawyer.

Another common misconception is that fathers are primarily responsible for financially supporting children. Under New Jersey law, both parents share equal responsibility for providing financial support. They must both contribute to the costs of raising the children in accordance with their earning capacity, regardless of gender. Child support determinations are determined both by the income of each parent and the amount of time each parent spends with the kids. If a father earns significantly more income and only sees the children during bi-weekly visitation, he can expect to pay more in child support. If the father has primary custody and the mother earns more, then the mother will likely owe more child support.

If you need dedicated legal help with child custody, child support, alimony, divorce, or some other family law matter in New Jersey, contact the Union offices of family law attorney John B. D’Alessandro at 908-964-0102.