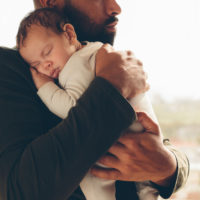 Family law is unlike any other field of law in countless ways. Judicial intervention by a family part judge often occurs in highly intimate, personal areas. As a result, the court is often willing to deviate from strictly following the letter of the law when the best interests of the parties would be better served by doing so. A recent opinion by the New Jersey Appellate Division is one example of a case where the court declined to strictly enforce a standing custody order, namely when it became apparent that the existing custody split was no longer in the children’s best interests. The result ultimately concluded in unlikely events, that a father was granted primary resident for a child custody case. Contact an experienced New Jersey child custody lawyer with any questions about your own custody dispute.

The case in which the recent opinion was issued is titled Messner v. Hadju-Nemeth. The couple at the center of the case had two children while living together as non-married partners. After the parents split up, they created a consent order in October 2008 that established the mother as the parent of primary residence. When the mother moved from Somerset County (where both parents had lived) to Union County, she filed for a recalculation of child support. The judge found that circumstances had changed; namely, that the children’s maturity had changed their needs regarding a child custody arrangement, and that the mother had moved. The judge ordered that the parents either mediate their disagreement or hold a hearing on the issue, but attempts at mediation failed.

The parents participated in a hearing on the issue of custody and child support in August 2016. While the hearing was ongoing, the mother filed an order to show cause asking that the court force the father to return the couple’s two children. She explained that the children had begun living with the father and were refusing to return to the mother’s custody.

The judge denied the request, explaining that he would not force the father to comply with the October 2008 order without some proof that the father had engaged in parental alienation. In other words, the court would not force the children to return to the mother unless the mother could prove that the father had deliberately and systematically turned the children against the mother, resulting in the children wanting to stay with the father. The judge pointed out that the hearing itself would address the question of whether there had been parental alienation, and that he would not make permanent decisions about custody before hearing evidence on that issue. In response to the mother’s second order to show cause, the judge determined that, while the October 2008 order should remain legally effective, he would not enforce that order in any way “that requires any physical action to take place to shove children into a car to see their mom.”

At the hearing, the mother produced an expert witness who testified extensively on the subject of parental alienation, and the judge carefully considered the elements of parental alienation in his final opinion. Ultimately, the judge ordered that the father become the parent of primary residence and the mother become the parent of alternate residence. The judge noted that he had no objective evidence that the father had interfered with the mother’s custodial rights, but that instead there was a “true change in circumstances with the children having, by virtue of their maturation and by virtue of their interactions with [the mother], gravitated into [the father’s] gravitational field.” The mother appealed this decision, but the court’s order was upheld by the Appellate Division.