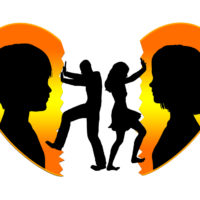 Publicly criticizing your child’s little league coach isn’t just considered rude—it could get you called before the New Jersey Family Part judge. A recent ruling from Judge Lawrence Jones held that parents have an obligation to be respectful and civil when attending their children’s sporting events.

The case in question, titled D.W. v. M.W., was based on a dispute between a couple who separated in early 2016. The mother was granted temporary custody in January of 2016, and the parents were ordered not to be in physical contact. The couple shared two children: a son, age 7; and a daughter, age 11. In May of 2016, the parents agreed that they could both attend their son’s little league games, so long as the husband stayed 50 feet away from the plaintiff. When the father filed another motion in August requesting permission to attend the son’s football games in the fall, the mother objected, and also requested that the father be barred from attending additional little league games. The mother claimed that the father acted inappropriately and embarrassingly at these games by disparaging the coach, and doing so within earshot of the coach’s wife. The mother also noted that their daughter had begun to repeat the things she heard her father say, and that the father had also taken to Facebook to continue disparaging the coach of their son’s coach-pitch team. The father denied making a public spectacle and claimed to have only spoken derogatorily about one of the coach’s decisions on a single occasion.

Judge Jones began by describing the important role that participation in sports can play in forming “good citizenship, sportsmanship, and maturity of character” in children. The judge noted that winning and losing these games was not nearly as significant as the child developing character and self-discipline. Judge Jones also shared the “parental pledge” that appears on the Little League website, designed to prevent the sort of heckling of which the wife complained: “I will teach all children to play fair and do their best. I will positively support all managers, coaches and players. I will respect the decisions of the umpires. I will praise a good effort despite the outcome of the game.” Children use these games to build camaraderie and friendship with their teammates, noted the judge, and a parent who was disrespectful, angry, or otherwise acting inappropriately at their child’s sports games may be causing their child to experience anxiety and negating the benefits of participating in sports.

The judge noted that, when making custody decisions, courts should keep the child’s best interests paramount. This could include reducing the opportunity for a child to be exposed to adult conflict or embarrassment. Judge Jones noted that, while he could hold a hearing where other attendees of the baseball games, and perhaps the child himself, could testify about whether the father heckles the coach at these games, he decided against doing so. Instead, the judge ordered that the parents adopt a “fresh start,” where the parents agreed to certain appropriate behavior when attending games, always acting with their children’s best interests in mind “as well as the true purpose of organized youth sports.” The judge specifically instructed that the parents could not demean or harass any coach, fellow parent, or child, and that they were required to “act in a manner which upholds the dignity of the event.”

If you are in need of effective, dedicated legal help with a family law issue in New Jersey, contact the Union law offices of John B. D’Alessandro for a consultation, at 908-964-0102.