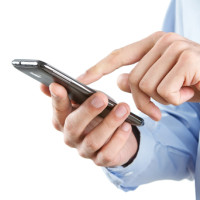 A recent court opinion requests a change in how evidence is presented in legal proceedings before a family part judge, and also points to why smart family court litigants hire an attorney to represent them. In a case before Judge Lawrence Jones of the Ocean County Family Part, a woman had brought a request for a final restraining order against a man whom she had previously dated. The woman sought to present evidence of harassing and obscene voicemails, text messages, and social media posts that the man had directed at the woman, but she had not printed hard copies or made recordings of this evidence prior to coming before the judge. Thus, the litigants were forced to hand a phone around the courtroom, for review by the judge and defendant ex-boyfriend. Judge Jones ordered that, going forward, even pro se litigants would be required to create hard copies of electronic messages presented to the court.

It is tempting to try and handle family court proceedings on your own, in order to save the expense of an attorney. However, there are few legal matters with as big an impact on your quality of life and financial circumstances as a family law matter. In a domestic violence case such as the one described above, your physical well-being could be imperiled if you are unable to gather and present the necessary evidence to the court. Attorneys have the experience to understand how best to gather and preserve evidence that could otherwise fall victim to a technical glitch, or to being deleted from social media accounts by the original harassing poster. It would likewise be unfortunate to lose a battle over custody of your child, or fail to obtain the support payments you need to build a new life, simply because you do not have the time to dedicate to building a case or gaining an understanding of the court system.

If you are in need of experienced legal help for your petition for a restraining order or other family law case in New Jersey, contact knowledgeable Union family law attorney John B. D’Alessandro for a consultation on your case, at 908-962-0102.