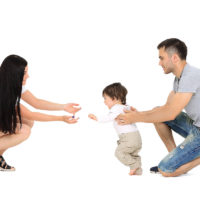 It can be difficult, as a divorced parent, to watch your child grow increasingly close to your ex’s new spouse. This may make you feel as though you’re being replaced in your role as mom or dad, even when you share custody with your co-parent. One New Jersey Ocean County Family Part judge has ruled that, while families necessarily evolve and children create bonds with significant new figures in their lives, there are limits to the role that a stepparent may take in their stepchild’s upbringing.

The order in question, written by Judge Lawrence Jones, was issued in the case titled B.S. v. T.S. The former spouses at issue had divorced in 2010. While they shared custody of their eight-year-old son, who has learning and health difficulties, the father holds primary custody. The father became engaged, and his fiancée lives with him. While still maintaining a close relationship with his biological mother, the son began calling the fiancée “Mom.” The fiancée, herself a parent of three children, began to take a more active role in making decisions regarding the son’s upbringing, and was encouraged to do so by the father. The child’s biological mother sought the court’s intervention to stop her son from being able to call the fiancée “Mom,” and also to prevent her from having input into decisions about her son’s upbringing.

Judge Jones found that all three adults played a positive and important role in the child’s life, and that the child calling another important female in his life “Mom” would do nothing to harm his relationship with his biological mother. The judge admonished the parents for quibbling over what name the child called his future stepmother, stating that this would only serve to rob the child of his right to make that choice for himself:

“[A] child’s preference on whether or not to call a stepparent ‘Mom’ or ‘Dad’ is generally a decision rooted deeply in the innermost emotions of a child of divorce … At this challenging point in his growth and development, he certainly does not need his parents, or a stepparent, or the court, hoisting further unnecessary burdens upon his fragile shoulders by micromanaging his words and thoughts, or commanding him how to address his stepparent in order to please his mother or father.”

If you are in need of experienced and compassionate legal counsel for your family law issue, contact Union divorce and custody attorney John B. D’Alessandro for a consultation on your case, at 908-964-0102.