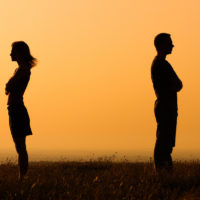 In a recent unpublished opinion, the Appellate Division of the New Jersey Superior Court has ruled that the sale of the marital home may be ordered when the spouse being permitted to remain in it doesn’t uphold her end of the agreement. In the case, titled L.H. v. D.H., the couple in question divorced in 2012. Under the divorce settlement agreement, the wife had been permitted to remain in the marital home. In compliance with the agreement, the husband executed a quitclaim deed to his share of the equity in the home, which his attorney held in escrow. The wife agreed to refinance the home within nine months; upon doing so, she would receive the quitclaim deed. The agreement specifically stipulated that, even if a party fails to insist on the strict performance of the agreement, that party will not be considered to have waived their rights under the agreement. The parties could only modify the agreement by amending the text of the agreement, according to the contract.

Years passed as the wife failed to refinance the home or to put the home in her name only. She continued making mortgage payments on the home, but was occasionally late in making these payments. In 2014, the former husband began the process of shopping for and purchasing his own home, including applying for financing. In doing so, he learned that his name remained attached to the marital home’s mortgage, and that his credit score had suffered as a result, hurting his prospects of obtaining a mortgage with an affordable interest rate. The husband filed a motion requesting that the court compel the sale of the home in order to force compliance with the divorce settlement agreement, and, should it be necessary to ensure a sale was successful, to bar the wife from the home. The trial court agreed with the husband, and the Appellate Division upheld the trial court’s decision.

The Appellate Division stated that nothing in the divorce settlement agreement expressed the parties’ intention that the wife be able to remain in the home whether or not she refinanced. Rather, the agreement clearly made the wife’s right to remain in the home contingent on her refinancing or otherwise taking steps to remove the husband’s name from the mortgage. The opinion described the increasing importance of having a good credit score. The court described this as being especially crucial during the financial rebuilding period following a divorce, when a party may not have many assets but could make up for that lack in the eyes of a lender by having a good credit score. Additionally, the court pointed out that poor credit can impact employment, economic reputation, and even result in requiring the individual to expend money in legal fees to repair their credit. Since the wife had had more than enough time over the three years between the divorce and the husband’s motion to refinance, the court found that the only equitable result was to order that the home be sold, using a realtor and price point agreed on by the parties. If the wife failed to list the home, the court stated that it would endow the husband with the power to list the home, and that it would also remove the wife from the home if she interfered with or obstructed its sale.

If you are facing a complex property division pursuant to a divorce in New Jersey, contact the seasoned and knowledgeable Union family law attorney John B. D’Alessandro for a consultation, at 908-964-0102.