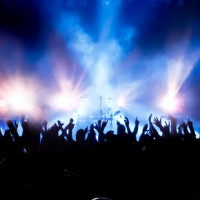 In a case examining the soundness of parental judgment in exposing a child to the music and performance of Pink, one Family Part judge has found that there is some merit to be found in the singer’s message. In a case heard before New Jersey Family Part Judge Lawrence Jones in Ocean County Superior Court, a father brought a motion to seek a decision that his former wife and co-parent had executed dangerously poor decision-making by taking their 11-year old daughter to a concert given by the musician Pink, leading to a negative inference about the mother’s parenting style. Held as part of a post-judgment custody dispute over the 11-year-old and two additional children, the father argued that Pink’s sexually suggestive themes, use of profanity, and graphic dance performances were not appropriate for the young girl. The father pointed to a published review of a Pink concert that had occurred as part of the same “The Truth About Love” tour, which typified dance moves by the male backup dancers as “molesting” Pink, the lead female singer. The father also pointed out the parental advisory notice on both the DVD for the concert and the album being promoted by the tour, “The Truth About Love,” as supporting his argument that the material was unsuitable for a girl of his daughter’s age, hinting at impaired judgment on the part of his former spouse.

Judge Jones took his role of determining the suitability of Pink’s music very seriously, conducting a thorough examination of the lyrics and messages contained in the album and performance in question. The court found that, while certain songs did contain profanities, the majority did not, and profanities were not pervasive throughout the lyrics. Further, Judge Jones found that the singer’s lyrics were “particularly noteworthy in addressing important social themes and messages which are objectively relevant and very relatable to young Americans in high schools and junior high schools throughout the country.” In support of this point, the judge pointed to lyrics addressing the phenomenon of self-harm, as well as a song that points to the dangers of believing that one must be perfect in order to be successful, and a song touting female independence in the face of untoward behavior by men.

Ultimately, the judge found the singer’s work an age-appropriate creative work, the exposure to which is the right of any parent. He noted that divorced spouses frequently come before courts with accusations regarding the diminished decision-making abilities of their co-parent, such as choices regarding the child’s diet or bedtime, which a court both cannot and need not decide. Judge Jones pointed out that divorced parents agreeing on every parental decision would be an impossibility, and that each parent has the right to make decisions regarding their children’s well-being using their personal discretion.

Custody battles can be hard-fought. Seek out experienced family law attorney John B. D’Alessandro to assist you in reaching an amicable custodial arrangement that best serves you and your children’s needs and best interests. Call today for a consultation on your claims: 908-964-0102.