Emancipation, Adoption, Child Support… This Case Has Everything 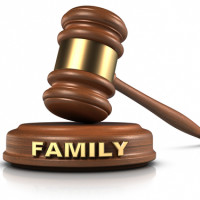 When does a child become emancipated, meaning that he or she is all grown up and no longer dependent on his or her parents for support? This question can be especially relevant where a divorced parent is paying child support. The issue was discussed in just such a case recently decided by the Superior Court of New Jersey, Appellate Division.

The father in the case is really the stepfather. He married the mother when the girl in question was two years old, and legally adopted her that same year. Later the couple divorced, with the mother having primary custody and the adoptive stepfather paying child support and agreeing to contribute to the girl’s college expenses.

When the daughter was 20 or 21, the father went to court asking to have the daughter declared emancipated, which would end his obligation to pay child support. By this time, the daughter had moved out of her mother’s house and gone to live with her biological father and his wife. The daughter had graduated high school, was attending college and working.

The mother, who was the other party in the father’s motion to the court – was in agreement with the father to have the girl declared emancipated and end the child support obligation. The daughter, however, participated in the motion as an “interested party,” and it was she who brought the appeal in Llewelyn v. Shewchuck after the court granted the father’s motion. Even though child support is usually received by the custodial parent, it is actually the child’s right to receive support and not the custodial parent’s. In fact, New Jersey Law allows an adult child to bring an action for support up to the age of 23.The 21 -year old in this case argued that she was not actually emancipated and could not live without support.

When asked to determine whether a child has become emancipated, the court decides whether the child has moved beyond her parents’ “sphere of influence” or responsibility and whether she has obtained an independent status of her own.

The daughter’s arguments were that she was a full-time college student only working part-time at a donut shop and not able to support herself or live independently. She was being supported by her biological father and his wife, with whom she was living. These arguments actually worked against her, however. The trial court found that she had left home voluntarily and was being supported by other people, that by her own choosing she had moved beyond the sphere of influence and responsibility of her parents and is now independent of them.

The appeals court agreed with the lower court. Emancipation is a legal concept imposed when the fundamental dependent relationship between parent and child ends. It is not automatic and does not occur at any particular age. Emancipation marks the end of the right to custody and the burden of support, and child’s right to receive that support. A child is presumed emancipated at 18, but this presumption can be overcome by evidence showing a continuing dependent relationship based on the needs of the child.

Here, the daughter agreed that she is a legal adult and chose to relocate to her biological father’s home, but she stated that she is still a student and needs financial assistance. These facts, however, did not prove that she was not emancipated. It is true that simply moving out of the house does not prove that one is emancipated, but there was a lot more going on in this case. This was not the case of a youth with special needs or a troubled teen in high school moving out to avoid an abusive situation. The daughter in this case voluntarily left home at age 20, withdrew from her parents’ supervision and control, got a part-time job and arranged for financial support from her biological father and his wife. These facts were enough for the court to declare her emancipated and end the adoptive father’s obligation to pay child support.