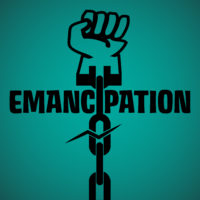 New Jersey has long afforded children the right to financial support from their parents in their pursuit of a higher education, but that right is not without its limits. In a recent published (i.e., precedential) decision, the Appellate Division of New Jersey considered whether a child who had left home should be considered emancipated for the purpose of determining whether that child had a right to contribution for the costs of her education. The case is Ricci v. Ricci.

The child at the center of the case was a 23-year-old woman, seeking her now-divorced parents’ support for her college tuition. Her parents had divorced when she was four years old. Her mother had primary residential custody, and her father had parenting time, but both parents shared decisions about their child’s care. According to the parents, the child had a checkered past, having been caught drinking and smoking marijuana, among other incidents. Her parents had agreed that the girl was not yet ready to live away from home after high school, due to her behavioral issues. They had agreed to pay for her to attend Montclair University, but only after attending community college and living at home for a time.

The girl’s relationship with her mother deteriorated. She moved out of her mother’s house and into that of her paternal grandparents, from whom her father had long been estranged. The child claimed that she had been unable to remain in her mother’s home due to “substantial personal problems,” and that her conflicts with her father’s family meant that living with him wasn’t an option. Her parents claimed that the girl had been resistant to following the rules her parents had set out for her and had left their homes willingly. They also described having tried to lay out a plan for her to complete community college, which she had rejected. The parents asserted that the child had not spoken to them for the six months before initiating legal action against them.

After her move, her parents agreed that she was emancipated and received an order to this effect that terminated the father’s obligation to pay child support. The child became a party to her parents’ divorce action so that she could challenge the order emancipating her and request that her parent pay for her community college education, as well as other living expenses. The trial court ordered that her parents comply with this request, ruling that the child should be deemed “un-emancipated solely for the purpose of a potential contribution from [her parents] as it relates to college costs.” The child was ordered to look for financial aid and scholarship opportunities to reduce these costs.

However, after the child had obtained an order from the court that compelled her parents to pay for community college, she sought and obtained admission to Temple University, which came with a substantially larger price tag. The child returned to court, seeking to enforce the earlier order that compelled her parents to pay her college costs. The parents objected, claiming that the girl had left their home entirely of her own will, begun attending a much more expensive school, and stopped communicating with or paying any heed to her parents’ input regarding her choices. The judge enforced the earlier order, and the parents appealed.

The Appellate Division sent the case back to the trial court for further proceedings. The Appellate Division concluded that the trial judge should have held a factual hearing to determine whether the child was emancipated before finding that the girl was entitled to contribution for her education. “Prior to addressing whether parental support is required for a child who reaches majority, the pivotal question is whether the child remains unemancipated.”

The court noted that children who have ceased to allow any influence by their parents on their life choices cannot also call on their parents for financial support: “the child’s right to support and the parents’ obligation to provide payment are inextricably linked to the child’s acceptance and the parents’ measured exercise of guidance and influence. Conversely, a finding of emancipation is a recognition of a child’s independence from a parental influence.”

However, the court noted that there needed to be a hearing to resolve the different accounting of events leading up to the determination that the girl was emancipated. The court noted that “a child is free to control his or her life; however, this course relieves her parents of the obligation to finance such self-determined decisions. . . If the evidence sustains [the child’s] version of events that her parents ‘threw’ her out despite her rigorous compliance with their ‘impossible’ demands, the court must protect the child’s right to financial support.”

Even if the child is deemed not to be emancipated, the Appellate Division noted that New Jersey case law “does not require . . . support and concomitant deferred emancipation for a child unable to perform adequately in his [or her] academic program.” However, an analysis of whether the child was deserving of tuition support, and of whether her parents could afford to provide it, would come only after determining that she was not emancipated.

If you’re facing an action before the family court and need legal representation you can trust, contact the effective and knowledgeable Union family law attorney John B. D’Alessandro for a consultation, at 908-964-0102.