“Domestic Contretemps” is Not Domestic Violence in New Jersey, but Threats and Harassment are 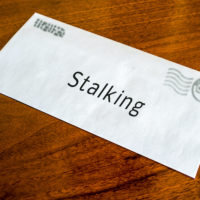 A New Jersey appellate court recently addressed the circumstances under which a person can seek a final restraining order against a domestic partner based on harassing, but nonviolent, conduct. While the opinion is not binding on other courts, it provides an illustration as to how courts will evaluate applications for a restraining order between former domestic partners. Continue reading for details on the case, and contact a knowledgeable New Jersey domestic violence family law attorney with any questions.

The matter of L.W. v. A.W. concerned a divorced couple and the continued harassment perpetrated by the former husband. Prior to the divorce, the husband, L.W., had gotten into a physical fight with one of their adult children, leading to the child’s arrest, and the wife, A.W., had filed a domestic violence complaint against the husband. She dismissed the complaints on condition that L.W. move out of the house for two years; he broke that promise by moving back in to the home, prompting A.W. to move out several days later. The parties lived separate and apart thereafter and finalized a divorce two years later.

During the divorce, L.W. sent numerous mass letters and emails to A.W. as well as their children, other family members and friends, disparaging her and blaming her for the divorce. He sent her numerous written communications and left threatening notes at her home, some of which threatened to stop support payments if she dated other men and others asking how she would “explain this on Judgment Day.”

A.W. filed for a final restraining order (FRO) against her former husband based on the constant written communications. The family court granted the FRO. On appeal, the court agreed, explaining that in order to seek an FRO under New Jersey’s Prevention of Domestic Violence Act of 1991 (PDVA), the plaintiff must show that the defendant committed an “act of domestic violence.” The PDVA lists out specific predicate crimes and offenses that constitute domestic violence, one of which is harassment. For a communication to qualify as harassment, the defendant must have communicated “in offensively coarse language, or any other manner likely to cause annoyance or alarm” with the intent to harass the plaintiff.

If the court finds that a predicate act of harassment has been committed, the court must then also determine whether a restraining order is necessary based on factors including the history of domestic violence, whether there is danger to person or property, and the best interests of any children involved. The appellate court noted that ordinary angry communications between partners that are mere “domestic contretemps” do not qualify as harassment. The court agreed, however, that in these circumstances the relentless written communications over an extended period of time could not be viewed as “anything but harassing.” The court affirmed the FRO on behalf of A.W.

If you’re in need of compassionate, experienced, and talented legal help with a domestic violence or divorce-related issue in New Jersey, contact the Union offices of family law attorney John B. D’Alessandro at 908-964-0102.