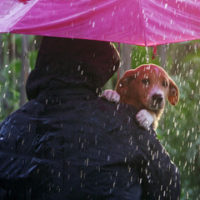 More frequently than ever before, people facing divorce or separation are concerned about losing a shared pet. Pets are not objects, yet they are treated as personal property in New Jersey divorce cases, like jewelry or a car. However, inroads are being made in this relatively new area of family law—pet custody, if you will—and New Jersey family courts are willing to look at several factors when determining who will get the dog upon divorce. Read on to learn more about pet custody in New Jersey divorce cases.

“Pet custody” doesn’t truly exist as a matter of law in New Jersey, like something akin to child custody, where the best interest of the child is the court’s primary concern. But New Jersey family court judges do have the option to consider a pet’s well-being at their own discretion. A judge did just that in the case of Houseman v. Dare (2009), the most significant New Jersey family court ruling addressing the issue of pet custody.

Doreen Houseman was engaged to Eric Dare, and they purchased a house and a dog together. When they subsequently ended their relationship, Dare purchased Houseman’s interest in the house, and they orally agreed that Houseman would keep the dog. Initially the arrangement worked, and Houseman even took the dog for visits with Dare, after which he gave the dog back to her.

However, after Houseman left the dog with Dare while she went on vacation, he refused to return the dog. Houseman filed suit against Dare, demanding specific performance of their oral agreement. She testified regarding the dog’s importance to her, and the trial court found there was evidence of an oral agreement, but that specific performance wasn’t available as a remedy for a breach of an oral agreement regarding property. Rather, the trial court awarded Houseman $1,500 (the value of the dog). Houseman appealed.

The appellate court reversed the trial court’s decision and remanded it back to the trial court for further review, upon which the trial court ruled in favor of a shared custody arrangement between Houseman and Dare. They would alternate possession of the dog every five weeks. In arriving at this conclusion, the Houseman v. Dare case set the following legal precedent in New Jersey:

Pets are still considered personal property in New Jersey, but they have a unique sentimental value that cannot be quantified with money.

Pet ownership rulings are based in contract law, not the best interest of the animal.

Other than Houseman v. Dare, there isn’t much case law in New Jersey pertaining to pet custody, which means courts have a lot of discretion when handling pet custody issues. It also means you need a knowledgeable family lawyer to handle your divorce or separation, so that your pet is treated appropriately when dividing your property.