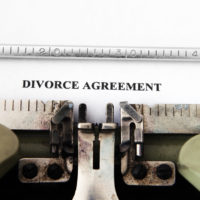 One of the most important reasons to have an attorney when going through a New Jersey divorce is to ensure that you don’t end up bound by a settlement that includes undesirable or unfair terms. Often, parties going through a divorce are so overwhelmed by emotion or a desire to get the divorce over with that they feel tempted to agree to whatever terms they’re offered, whether or not they’ve read and understood those terms. An attorney can step in to interpret settlements and prevent their clients from agreeing to something that goes against their interests, and can also assist in negotiating more favorable terms. Unfortunately, a recent case before the New Jersey Appellate Division provides an example of what happens when unfavorable settlement terms come back to bite a divorced spouse years later.

The case, titled T.L.H. v M.H., centered on a marital settlement agreement that included a broad definition of “cohabitation.” Under New Jersey law, the type of cohabitation that would relieve a spouse of the duty to pay alimony is romantic cohabitation. In general, living with a family member or roommate would not disqualify a spouse from receiving alimony. However, the couple at the center of T.L.H. v M.H. stated in their settlement agreement that the word, “in addition to its meaning as construed by New Jersey courts, shall also incorporate the scenario if [the wife] should take up residence with any family members (other than the children of the parties) or friends.” The agreement also explicitly stated that both spouses had had an opportunity to have the agreement reviewed by their own legal counsel, that they had read and understood it, and that they had entered into it voluntarily.

In her appeal, the wife argued that there was a conflict over what the spouses intended when including the special definition of “cohabitation” in their settlement agreement, and that the court should have considered the spouses’ economic conditions at the time of the split. The judges disagreed. The appellate opinion explained, “An agreement that resolves a matrimonial dispute is no less a contract than an agreement to resolve a business dispute,” and “when the intent of the parties is plain and the language is clear and unambiguous, a court must enforce the agreement as written[.]” The court explained that, while alimony would normally continue where a spouse isn’t being financially supported by a cohabitant, spouses are permitted to make other arrangements in their settlement agreements. Without some evidence of coercion or fraud in obtaining that agreement, courts will enforce them. Since the wife could not prove that the husband had used unfair means to obtain the settlement, the court enforced the agreement and terminated the husband’s alimony obligation.

If you’re considering seeking a divorce in New Jersey, find trustworthy and respected legal counsel to walk you through the process by contacting the seasoned and knowledgeable Union family law attorney John B. D’Alessandro for a consultation, at 908-964-0102.