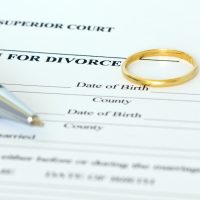 New Jersey, like every other state in modern times, allows for married parties to seek a “no-fault” divorce. Parties no longer need to prove that they were subjected to adultery or intolerable cruelty in order to obtain a divorce. People are free to divorce so long as the relationship between the couple has come to a proper end. New Jersey is not, however, a “pure” no-fault state. New Jersey still maintains a number of different grounds for divorce beyond the standard no-fault ground. While no-fault remains the most popular ground for divorce, parties are free to rely on other grounds should the situation call for it. Read on to learn about the grounds for divorce in New Jersey, and call a knowledgeable New Jersey divorce attorney with any questions or for help pursuing a divorce.

Separation is another no-fault ground for divorce. Separation is an available ground for divorce when the parties have lived separate and apart, in different habitations, for at least 18 consecutive months. The parties must also allege that there is no reasonable prospect for reconciliation, although after 18 months of separation the court will presume there is no likely reconciliation.

Willful desertion is much like separation, except that one party is blaming the other party. The party must allege willful and continued desertion of at least 12 months, which can be proven by demonstrating the parties have ceased to cohabit together.

A party may file for divorce on grounds of extramarital conduct, sounding in adultery.

A party may file for divorce based on their spouse’s “voluntarily induced addiction” to any narcotic drug, or habitual drunkenness for at least 12 months since the marriage began.

A party may file for divorce if their spouse is imprisoned for a crime for at least 18 months after the marriage began. If the imprisoned party gets out of jail or prison before the complaint for divorce is filed, the parties must not have resumed cohabitation following the imprisonment.

A party may file for divorce if their spouse becomes institutionalized for mental illness for at least 24 months since the marriage began.

A party may file for divorce if they were subjected to “deviant sexual conduct” voluntarily perpetrated by their spouse and without the consent of the filing party.