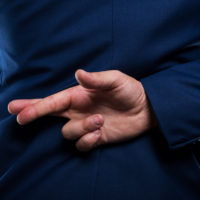 A case recently decided by the Appellate Division of the New Jersey Superior Court shows how patient and lenient judges can be about extending deadlines, up until they perceive manipulation or deceit on behalf of the individual requesting the extensions.

The case in question is titled O’Donohue v. O’Donohue. The divorcing couple, both attorneys, had been married for 26 years before the husband filed for divorce, which persisted through the courts for four years. The wife, a practitioner of real estate law, represented herself through the divorce. The couple eventually reached a marital settlement agreement in 2012, but several issues still remain unresolved, including distributing the proceeds from the sale of the couple’s former home. The home sold in April of 2014, at which time the proceeds were placed in an escrow account until the court could determine how they should be distributed. When the husband filed a motion seeking to have the home sale proceeds distributed, the wife requested a 20-day extension to respond, due to an injury to her eye which she claimed caused her to suffer dizziness, headaches, and eye aches. She also stated that she had another appellate brief to prepare during that time. Despite the husband’s objections, the extension was granted.

When the wife requested another two-week extension roughly three weeks later due to injuries to her right hand from a dog bite, the judge was somewhat more skeptical. Since the extension was requested two weeks before the (extended) due date of the wife’s response to the husband’s motion, the judge noted that the wife’s “opposition should have been substantially completed” due to the earlier extension. Nevertheless, the judge offered the wife an additional week to complete her opposition, stating that “no further adjournments will be granted.” When the wife requested another extension a week later, citing “extraordinary pain” and a desire not to use her injured hand, the judge ignored the request. When the date of the hearing arrived, the judge issued an order which granted the husband the relief he sought and laid out how the proceeds from the sale of their home should be distributed. The wife requested an adjustment to the way certain costs were allocated, but did not appeal the order. The sale proceeds were distributed according to the adjusted order.

The judge originally assigned to the O’Donohues’ case recused herself (essentially resigning from serving as judge in that case), and a new judge was assigned. Roughly a month after the previous judge’s decision, the wife requested reconsideration of the order denying her second request for an extension of time to respond. She explained that her extensive health woes had prevented her from being able to type a reply at the time when her opposition was to be filed. Even though she still was “not fully recovered,” she had since become able to type for brief periods of time. The wife asserted that the previous judge had been biased against her. The wife included no supporting evidence from doctors or medical records showing her inability to type her opposition. The judge denied the wife’s reconsideration request, finding that she cited no basis for the court to decide that the original decision was “incorrect or irrational,” or that the court had previously ignored valuable evidence. When the wife appealed this decision, the Appellate Division agreed with the prior judges. First, the court noted the absence of new or additional evidence which the wife would need to support a reconsideration of the previous opinion. Second, the Appellate Division found no evidence that the wife suffered injustice from the denial of her request for an extension (or the failure of the second court to reconsider that denial), which she would need to show in order to have the later decision reconsidered. Finally, the Appellate Division pointed out the incongruity of the wife’s claims that she was far too incapacitated physically to type an opposition to a motion by the established due date, but was able to type numerous requests for extensions and briefs that were submitted to different courts during that time. The Appellate Division included even more details in footnotes describing the wife’s extensive history of requesting extensions and her generally obstreperous conduct before the family part throughout the litigation and appeal. This appears to be an occasion where an experienced and organized family law attorney might have been able to save an impassioned and scattered litigant from herself.

If you are seeking dedicated and knowledgeable legal help for your New Jersey divorce, contact the Union family law attorney John B. D’Alessandro for a consultation at 908-964-0102.