Attorney Fees in NJ: Who Pays for the Lawyer? 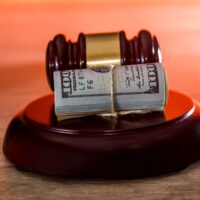 Divorces cost money. Parties will need to gather documents, file court papers, hire a lawyer, and perhaps hire additional professional advisers such as accountants. If one party has significantly greater assets and income, are they required to pay for their spouse’s lawyer? Is it fair if only one party can afford to hire competent counsel? Read on to learn about attorney fee-shifting in New Jersey family law matters. If you have questions or concerns regarding a New Jersey divorce, or if you are facing other family law issues, call a seasoned New Jersey divorce lawyer for advice and representation.

There are certain areas of law, such as personal injury, that typically operate on “contingency fees.” In a contingency fee arrangement, the client doesn’t pay the lawyer anything out of pocket. Instead, the lawyer takes a cut of the eventual settlement or trial award.

Contingency fee arrangements are not permitted in New Jersey family law matters, however. Even if attorneys and clients would like to set up such an arrangement, it’s considered a conflict of interest and is against the bar disciplinary rules. Instead, divorce attorneys are typically paid by the hour, by the task, or through a flat fee for the entire divorce. Divorce lawyers usually require a “retainer,” meaning an up-front payment that covers initial fees and expenses, to be supplemented later as the case progresses.

What if I Can’t Afford a Lawyer?

It’s still very common for one spouse to have significantly more income and assets than the other. There’s no rule requiring one party to pay for the other’s attorney fees just because the first party, for example, files the complaint for divorce. However, New Jersey courts have the authority to order one spouse to pay the other’s attorney fees in order to level the playing field. The law and courts want to make sure that one party does not lose out on their rights simply because the other spouse has significantly greater access to income.

Courts will consider a number of factors when determining whether to award attorney fees to one party. The court will consider the financial circumstances of each party as well as the good faith (or bad faith) conduct of each party before and during the case, among other factors. If one party, for example, drains the parties’ joint bank accounts or violates court orders, the court is more likely to deny that party’s request for fees or to order that party to pay the other spouse’s fees. The court can order one party to advance attorney fees to the other early in the case or order them to pay back attorney fees during or after the case.

Additionally, each party is allowed to use marital funds to pay for the divorce. The marital estate technically belongs to both parties, and the assumption is that the assets will be divided equitably. Both parties can dip into the marital estate to pay attorney fees and other litigation expenses. The court could even order the parties to sell or mortgage assets should it be necessary for both parties to afford litigation.

Reach Out to a Knowledgeable New Jersey Divorce Attorney Today