Dissolving a Civil Union or Domestic Partnership in New Jersey 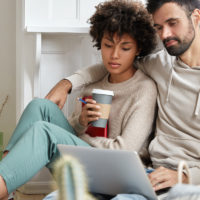 New Jersey now recognizes marriage among same-sex couples, as does every state in the nation following the Supreme Court’s 2015 mandate. Like many states, while New Jersey did not permit marriage between same-sex couples before this decision, New Jersey did have alternatives. First there were domestic partnerships, which came with limited rights, and later there were civil unions, which were meant to include all rights and responsibilities of civil marriage without actually being called marriage. Civil unions and domestic partnerships are still recognized under New Jersey law. For people who entered into those legal relationships before the legalization of same-sex marriage and never ultimately married, what happens when those relationships end? Read on to learn about the dissolution of civil unions and domestic partnerships in the State of New Jersey, and contact an experienced New Jersey same-sex marriage and divorce attorney with any questions.

Civil unions were intended to include the same rights and responsibilities as civil marriage, following a 2006 New Jersey Supreme Court decision declaring it unconstitutional to deprive same-sex couples the rights and benefits of marriage. Civil unions were clearly never quite equal, but the process for ending civil unions, thankfully, is now the same.

Assuming you satisfy the residency requirements (at least one person in the union must have lived in New Jersey for a year prior to filing for termination), then you can file for dissolution of a civil union in New Jersey for essentially the same reasons and following the same steps as ending a marriage. Parties can seek and be given spousal support and/or child support, child custody determinations will be made, and equitable division of property will follow the same guidelines as if the parties had been in a civil marriage for the duration.

What if we were together before civil unions were recognized?

Complications may arise if the couple was together prior to 2007 when civil unions were first recognized in New Jersey. It may be unclear whether, for example, property acquired during that period counts as marital or separate property. The length of the union also affects determinations regarding spousal support. Your New Jersey divorce attorney can help you iron out those wrinkles by negotiating with the other party in order to reach an equitable solution.

While the procedures and issues involved for dissolving civil unions and domestic partnerships may be the same as those involved in civil marriage, there are additional complications that are more likely to arise in same-sex relationships. Child custody issues can be tricky where one parent is not the biological parent, particularly where parentage was not formally established. An experienced New Jersey child custody attorney can help you resolve child custody issues with a same-sex co-parent in a manner that best preserves your rights while serving the best interests of your children.

If you’re in need of compassionate, dedicated, and experienced legal help with domestic violence, custody, divorce, or other family law matters in New Jersey, contact the Union offices of family law attorney John B. D’Alessandro at 908-964-0102.