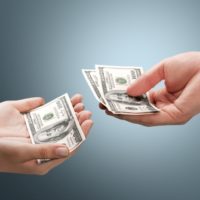 In a recent case before the New Jersey Appellate Division, the judges considered one of the rare cases where a trial court becomes so frustrated with the obstructive and disobedient conduct of a party that the judge decides against that party as a punishment.

After nearly 30 years of marriage, the couple at the center of the case Null v. Null divorced in 2005. The husband had been ordered to pay $6000 per month in permanent alimony, plus 25% of anything he made per year over his regular salary. He contested this amount immediately and for years afterward by failing to pay or paying less than that which was due. When the wife returned to court to request that the husband be compelled to pay the full alimony due, and the husband responded with a request to reduce his alimony obligation. The husband’s request was denied, and he was ordered to pay $6000 a month plus thousands in arrears. The husband continued to resist payment of the ordered amount of alimony, and eventually succeeded in convincing the court to hold a hearing on whether his circumstances had changed. However, the wife argued that her ex’s circumstances only appeared to have changed because he had placed a number of assets in his new wife’s name. The court repeatedly ordered that the husband produce documents on his and his new wife’s financial status, but he refused again and again, all the while continuing to request a reduction in his alimony payments.

After years of obstructive conduct, the court ultimately lost its patience. The judge denied the husband’s motion to reconsider his alimony payment for discovery misconduct, essentially sanctioning him for his “failure to file complete case information statements, and his extensive history of failure to timely respond to plaintiff’s discovery requests and comply with court orders.” The husband was ordered to resume paying $6000 per month, and to pay alimony arrears in the amount of $201,000. The husband appealed this ruling.

The Appellate Division affirmed the trial court’s order. The Appellate Division reaffirmed the importance of compliance with discovery requests, such as requests to take depositions and to produce financial documents that will serve as critical evidence during hearings and trials. The opinion described the court’s inherent authority to punish litigants who don’t follow the rules of discovery, including by dismissing the cases of litigants who consistently disregard the court’s discovery orders. A judge’s authority to dismiss claims should only be used against the worst offenders, and where it seems that the judge has no other option. The trial court had found that, after five years, the ex-wife still didn’t have “a clear and accurate picture of [the husband’s] earnings.” The Appellate Division agreed that the obstructiveness and deliberate avoidance of complying with discovery orders had warranted dismissal of the husband’s case.

If you are in need of assistance with your custody determination, motion to enforce payment of alimony, or divorce, contact the experienced, dedicated, and principled Union family law attorney John B. D’Alessandro for a consultation on your case, at 908-964-0102.