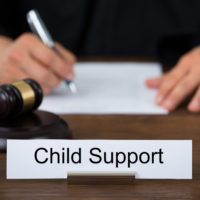 The New Jersey state legislature has spent great time and care creating guidelines for courts to use when determining appropriate amounts of child support. Family court judges are discouraged from deviating from these guidelines, so that parents are assured a fair and predictable outcome when applying for financial support to raise their children after a split. That said, family court judges develop a unique ability to determine the fairest possible outcome in individual cases. Judges have the right, in rare cases, to use their own discretion to determine an appropriate amount of child support, rather than blindly follow the formula. In a recent decision by the New Jersey Appellate Division, the judges affirmed a trial court judge’s decision that strictly following the guidelines in awarding child support would create an unfair result.

The case, titled Reagan v. Ryan, arose from a custody dispute over a divorced couple’s young daughter. After the parents’ split, the father took on primary residential custody. The mother, who shared a condo with her mother, had custody of their daughter from Sunday through Tuesday evening each week, as well as custody for dinner on one weeknight evening. The father and husband had been ordered by the court to provide alimony for a time after the divorce. Once that period ended, he applied to the court for a calculation of child support to be paid by the mother. At that time, the parents lived in the same county, and the father’s annual income was approximately triple that of the mother. The judge used a shared parenting worksheet over the father’s objection, rather than a sole parenting worksheet, which would have provided a greater amount of support.

In September of 2015, the father moved approximately 50 miles away from the mother, making it so that the mother had to drive approximately an hour and 15 minutes to see her daughter. The father applied to the court to have the mother’s parenting time modified so that she would have three weekends a month of parenting time and additional custodial time during the summer, as she could no longer visit for mid-week dinners. The father also requested that child support be increased since the mother’s income had increased.

The judge granted the requested change in the mother’s parenting time. Again using the shared rather than sole parenting worksheet to determine the support payment, the judge determined that the mother owed only $10 per week in child support. The judge reasoned that increasing the amount of support paid to the father after he had unilaterally decided to move—a move which resulted in a substantial reduction in parenting time for the mother—would not be fair. The father appealed.

The Appellate Division upheld the family judge’s decision. The Appellate Division’s opinion pointed out that New Jersey child support statutes allow for judges to deviate from the guidelines when “injustice would result” from their strict application. In this case, the Appellate Division found that the judge had not made his decision arbitrarily, but had weighed the father’s income and his decision to move in making its decision. Under the circumstances, it was reasonable to conclude that forcing the mother to pay an additional amount in support despite her suffering a substantial reduction in parenting time would not be a just result.

If you’re facing a dispute over child custody or support, contact the knowledgeable, effective, and seasoned Union family law attorney John B. D’Alessandro for a consultation, at 908-964-0102.