Despite Faulty Service of Motion, Ex-Husband Entitled to Factual Hearing on Request to Reduce Alimony 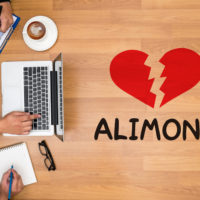 The New Jersey Appellate Division recently ruled that a former husband should receive a fair hearing on his request to reduce his alimony payments, despite being less than straightforward in how he originally provided notice of this request to his former spouse. The case is S.O. v. M.O.

At the time of the couple’s divorce, the husband was earning about $200,000 inclusive of sales bonuses, and the wife was earning roughly $30,000 while serving as the parent of primary residence of the couple’s minor children. In the intervening years, the wife’s earnings increased to $52,000. When the bonus system at his company changed, the husband’s income decreased to approximately $160,000. The husband filed a motion in 2014 to have his alimony reduced due to his lower income, and to emancipate the couple’s two daughters. His attorney sent the motion to the wife through regular and certified mail. The ex-spouses communicated often through text and email about their children, but the husband never mentioned the motion in these communications due, he claimed, to confidentiality and security concerns. The wife did not see this motion or file a response to it. She received notice only that the court had scheduled a hearing, not realizing that it was a hearing on the request to modify alimony. Thinking the motion was unopposed, the husband’s alimony was reduced by half, and the couple’s daughters were emancipated.

The wife did not learn of the change until she received a substantially-reduced alimony check the following month. She turned to the court, filing a motion to undo the changes to the alimony she received due to the husband’s failure to provide adequate service of the motion (but without challenging the emancipation of her daughters). The judge ruled that the husband had misled the court regarding what he called “confidentiality problems” with emailing the motion and vacated his prior decision. After a hearing, the judge ruled that the husband should resume paying alimony in the original amount set at the time of the divorce.

The husband appealed this decision, and the Appellate Division agreed that the amount of alimony should be reconsidered in this case. The court’s opinion explained that, when a support obligation is no longer “equitable and fair,” courts should reconsider the amounts of these payments. The opinion pointed out that reduced income of the payor alone isn’t enough, and courts should look for the presence of factors such as whether the change in income is permanent, whether there is evidence that the spouse is simply trying to avoid payment in bad faith, and whether the change in income was voluntary.

In this case, changes in the former husband’s and wife’s incomes had meant that, when accounting for alimony, the pair made approximately the same amount. Since the children were emancipated, the wife’s expenses had gone down substantially, while the husband’s had increased when he had two children with his new wife. The Appellate Division noted that the trial judge had failed to consider the reduction in the wife’s expenses, and had erroneously concluded that the husband should have sought more lucrative employment after his employer of 25 years’ bonus system changed. There were also concerns that the trial judge had imposed too great a responsibility for household expenses on the husband’s new wife when determining his expenses. The Appellate Division sent the case back to the trial judge to take a closer look at the former spouses’ finances before making a decision on the amount of alimony the husband should pay, looking at the case with fresh eyes despite the husband’s misleading conduct when serving the motion.

If you’re considering requesting a modification of your alimony payment or a change to your custody arrangement in New Jersey, make sure you’re prepared for these challenging requests by securing experienced and knowledgeable legal counsel, and contact the Union family law attorney John B. D’Alessandro for a consultation, at 908-964-0102.