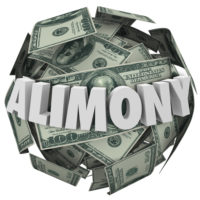 In a recent opinion that has been submitted for publication, making it binding law in the state of New Jersey, the New Jersey Appellate Division addressed how a once-married couple’s savings habits, and not just their spending habits, should play a role in the calculation of alimony payments.

The case, titled Lombardi v. Lombardi, centered on an affluent couple who saved over three times as much as they spent each month. During their 28-day divorce trial, the spouses did not dispute that they had “established [a] practice of savings” which constituted “the largest component of [their] marital lifestyle.” The wife had left her job with Bear Sterns after the birth of their first child (now 20), while the husband climbed the corporate ladder as an investment portfolio manager, eventually earning between $1 and $2.2 million in total compensation annually. The couple lived fairly frugally, choosing instead to put the majority of the husband’s earnings into savings accounts both for their own retirement and for their children’s college expenses. The couple estimated that they spent approximately $22,000 each month, and saved approximately $67,000 each month. The wife filed for divorce in 2010 after 20 years of marriage.

The spouses agreed that the children would continue to live with the wife in the marital home, and that she would be entitled to child support and permanent alimony. She argued that she required $16,291 per month to care for herself and her three children at the same living standard as they enjoyed during the marriage. Additionally, she sought $5,000 in child support, and an additional $30,000 per month to go toward savings. While the Family Part judge found that savings was indeed an aspect of the marital lifestyle, the judge declined to award this amount toward savings, instead awarding $7,600 in alimony per month. The court found that each spouse’s equitable share of the marital estate could provide a substantial amount of investment income and savings. Ultimately, the Family Part judge ruled that, when calculating an alimony payment, courts could consider the receiving spouse’s ability to save only where there was some doubt as to whether alimony payments would continue. Since there was no reason to doubt the husband’s ability to continue making alimony payments here, the wife was not entitled to an additional sum of money for savings. After the conclusion of the trial, the wife challenged several aspects of the final judgment of divorce (FJOD), including the amounts awarded in child support and alimony.

The Appellate Division pointed out in its opinion that alimony is intended not as a reward or punishment, but as a way to allow spouses who worked together in establishing a certain lifestyle to continue living in the same manner. Alimony, the court noted, “is a right arising out of the marriage relationship to continue to live according to the economic standard established during the marriage.” As such, alimony “assists the supported spouse in achieving a lifestyle that is reasonably comparable to the one enjoyed. . .during the marriage.” In order to provide a “reasonably comparable” lifestyle, the court noted, savings can be considered, especially where the paying spouse can afford any reasonable amount awarded by the court to that spouse. The opinion pointed out that courts had previously considered the possibility that savings should be included where it played a prominent role in the marital lifestyle, and that this was such a case, noting that it was the way parties used their income that determined their lifestyle, and not just the activities or items on which they spent it. The Appellate Division returned the case to the Family Part judge with the instruction to consider the couple’s savings habits when calculating the appropriate amount of an alimony award.

If you are planning to divorce in New Jersey, seek out a dedicated, compassionate, and knowledgeable attorney to represent your interests, and contact Union family law attorney John B. D’Alessandro for a consultation, at 908-964-0102.