What Will Happen to a Divorce if the Court Thinks Reconciliation is Possible? 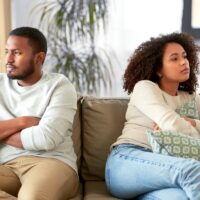 Every state in the country now has some form of no-fault divorce. Rather than needing to demonstrate that one party committed abuse, adultery, or some other wrongdoing, parties can simply assert that the marriage has broken down and seek a divorce based on that fact alone. In New Jersey, the two no-fault grounds for divorce are separation and “irreconcilable differences.” But what happens if the marriage is “reconcilable?” What will the court do? Continue reading to learn about reconciliation options, and call an experienced New Jersey divorce attorney for help with a New Jersey family law matter.

What Are Irreconcilable Differences?

You Can Stop the Divorce Before Finalization

At any point before you sign a divorce settlement agreement and the court issues its final judgment, you can stop the case. Early on in the proceeding, you can request withdrawal of your petition. If the case has proceeded a bit, you can ask the court to grant a voluntary dismissal. Courts routinely grant these requests without the need for explanation. Of course, if your spouse wishes to continue with the divorce proceeding, they may ask the court to keep the matter going rather than going through the hassle of dismissing the case just for your spouse to refile the next day. Assuming the parties agree, however, the court is likely to dismiss the case.

If the divorce judgment has already been issued, however, then your marriage has been once and truly dissolved. At that point, you would need to remarry if you wish to “remain” married to your spouse.

It gets more complicated if you have signed a divorce settlement but the court has not yet finalized the divorce. If the judge has not issued a finalized judgment incorporating the settlement agreement, your respective attorneys can file a motion requesting the court not to review and rule on the settlement. You would then need to file a stipulation to dismiss the case, as you would have had you ended the matter earlier. It’s important to take that step, however, as if you do not officially end the court proceeding then it will continue, with or without you, and a default judgment could be entered.

Occasionally, parties wish to make an attempt to reconcile but do not want to re-do all of the divorce work should reconciliation fail. In those instances, the parties can ask the court to suspend the divorce proceedings, rather than dismiss them, while the parties attempt to work out their differences.

If you’re considering filing for divorce in New Jersey, contact the dedicated and knowledgeable Union family law attorney John B. D’Alessandro for a consultation.