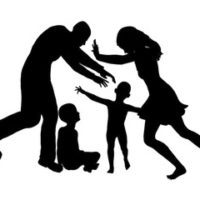 The New Jersey Appellate Division has handed down yet another opinion that shows the side effects of wearing down the Family Part judge’s patience by filing an excessive number of actions with the court and failing to comply with the court’s orders. The case in question is titled P.T. v. A.T.

The couple at the center of P.T. v. A.T. divorced in 2009 after giving birth to a daughter in 2006. The daughter now lives with the mother. The couple has filed numerous actions with the court since their divorce, most of which pertained to the father’s parenting time. Between March of 2011 and March of 2017, a single Family Part judge held 14 separate oral arguments or hearings related to this family. During that time, the judge issued 18 separate orders. Having become intimately familiar with the dynamics at play over the course of their repeated appearances before the court, the judge observed that the parties’ failure to communicate often resulted in what would normally be simple conflicts becoming courtroom disputes. The judge, clearly reaching a point of exasperation, noted in one ruling, “[The father] is very difficult to deal with. . . sadly each unanticipated nuance whereby the court does not specifically state exactly what each party has to do results . . . in both sides alleging the other side is violating the order because to follow the order each side has to agree to behave in a manner not specifically spelled out or otherwise stated in the last court order.”

In an October 2016 application with the court, the father demanded that he have his parenting time “restored,” since the mother had violated court orders by scheduling the daughter for dance class during his parenting time, denying his daily phone call with the daughter, and not notifying him of doctors’ visits. The father requested that the court issue financial sanctions against the mother. The court denied the motion and awarded attorneys’ fees to the mother. When the father filed a motion for reconsideration in January of 2017, it was also denied and again resulted in the court awarding attorneys’ fees to the mother.

In February of 2017, the mother filed a motion with the court requesting that the father’s parenting time be suspended. The daughter had told the mother that her father had been watching pornography in the daughter’s presence. While the child’s statements were consistent, they were not corroborated. The court was unable to conclude what had happened, but did suspend the father’s parenting time out of concern for the child’s best interests. The father was ordered to undergo a psychological evaluation, which would need to be completed before the Family Part judge would hold a hearing on the issue of restoring parenting time. Since this was not a final order, but instead called for additional proceedings in the future, it wasn’t yet appealable.

The father filed an appeal of the denial of his October 2016 motion for sanctions and restored parenting time, which was rejected by the Appellate Division. The court first explained that the father had filed his motion for reconsideration well after the deadline, but nevertheless addressed the arguments in the motion. The court explained that Family Part judges should not issue remedies in response to violations of orders that seek to “condemn or punish the offending parent,” but should instead keep “the best interests of the child [as their] primary consideration.” Further, the court found that the mother had committed no violations of orders, and that the father’s assertions that the mother had admitted to violating prior orders were not supported by any evidence. Additionally, the court found that the father “may have filed his motion [for reconsideration] with unclean hands,” since he had not paid the initial attorneys’ fee award before filing his motion for reconsideration. While the results of this case may not have been substantially different had the father not worn down the patience of the court with constantly difficult, litigious behavior, both the Family Part and Appellate Division may have been more sympathetic to his arguments.

If you’re in need of professional, knowledgeable, and effective legal counsel for your New Jersey family law issue, contact the Union offices of John B. D’Alessandro for a consultation at 908-964-0102.