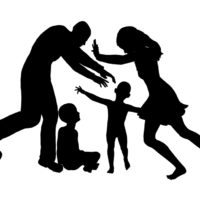 Deciding where a child should go to school can be a challenge even for couples who are still married. Making this decision can quickly become an issue requiring court intervention when the child’s parents are divorced. In a recent case before the New Jersey Appellate Division, J.E. v. J.E., the judges considered a father’s request to transfer his son to a new school when that child began to struggle academically.

The parents of the struggling child had divorced in 2007 when their child was five years old. The couple’s property settlement agreement (PSA) included a provision stating that the parents would choose the school system in which to enroll their child “based upon the better school system for the child, and the child’s best interests.” The PSA stated that, if the parents couldn’t agree on where the child should be enrolled, they should turn to mediation and, failing that, to the court for a decision. The parents shared residential custody equally, and the child went to school in Ridgefield Park.

As the couple’s child progressed through school, his grades began to suffer. The father, having relocated to Upper Saddle River due to the quality of the schools there, sought to have his son transferred to Upper Saddle River’s school system. When the mother disagreed with this choice, the couple made an unsuccessful attempt at mediation. The father followed this by filing a motion before the family court seeking to have the child transferred to the school system near his home.

At the hearing before the family court judge, the parties each presented evidence from a child psychologist on the potential impact of a school transfer on the boy. The father’s expert psychologist testified that a transfer would increase the child’s motivation by providing a greater academic challenge to the child. While she noted that he was shy and that he was emotionally attached to his current school system, she believed that he would be able to remain friends with his current classmates after moving, despite the fact that the two areas are separated by nearly 20 miles. The father testified that the new school system would force the child to “work up to his potential.”

The mother’s expert psychologist performed several psychological tests on the child, examining his temperament and stress levels. The psychologist found the child to be very sensitive to pressure and change, and that he was not motivated by competition. He also found that the child was already suffering from somatic manifestations of his stress, such as headaches, dizziness, stomach issues, and skin problems. His opinion was that a transfer to a more competitive school district might increase the child’s stress levels even further. The trial court denied the father’s request to transfer the child to the Upper Saddle River school system, finding that the child already had ample opportunities to grow academically. The court also noted that allowing “continuity of school, teachers, friends and acquaintances” was a good counterbalance to the effects on the child of splitting his time between two homes. The judge ruled that it was ultimately in the child’s best interests to remain in Ridgefield Park. The father appealed.

The Appellate Division agreed with the trial court’s decision, finding that the child’s best interests should always be the ultimate determining factor when deciding whether to move a child to a new school system. The opinion noted the testimony of the mother’s expert psychologist which stated that the child was slow to make friends and didn’t respond well to pressure. The appellate judges also noted that prior court cases had concluded that the quality of the schools involved alone should not determine the outcome, but rather “that the best interest of the child is the paramount concern.”

If you’re facing a custodial dispute in New Jersey, contact the compassionate and dedicated Union family law attorney John B. D’Alessandro for a consultation on your case, at 908-964-0102.