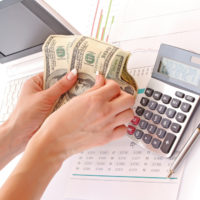 The New Jersey Appellate Division recently considered an alimony recipient’s appeal of a request to modify an obligation to pay alimony. Despite the fact that the duty to pay support existed prior to the changes in New Jersey’s alimony laws, the court found that using the revised statute in considering the request was appropriate.

The divorce forming the basis for the case titled Roguskie v. Roguskie occurred in 2009, after 34 years of marriage. The parties had agreed that the husband would pay permanent alimony to the wife. The property settlement agreement (PSA) had also stated that the husband planned to retire in three years, which would entail a substantial change in his monthly income. At that at that time, the agreement stated, the husband might become entitled to a termination or modification of alimony, should he seek one from the court.

In 2015, the husband filed an application to terminate or modify his alimony obligation based on changed circumstances which made him unable to afford the agreed-upon alimony payment. He explained that he had retired from his job. While he had chosen to work several years after becoming eligible to receive full retirement benefit from his employer, he had retired before becoming eligible for his full Social Security retirement benefit. However, his health had declined. His doctor diagnosed him with severe depression and anxiety, and advised the man to retire. The husband used evidence of his doctor’s opinion in his motion, supporting his choice to stop working. He also noted that the wife would receive nearly 40% of his pension payments from his job with the City of Edison, as well as 41% of his retirement benefits from a prior job, and referred to the PSA that specifically addressed the possibility of a change in alimony should he retire.

While the PSA was reached in 2009, the trial court judge used the standards included in the 2014 alimony statute to evaluate whether the husband’s circumstances had changed sufficiently to warrant termination or modification of his alimony obligation. The statute lists objective considerations for the judge to take into account when deciding whether the paying spouse made a good-faith decision to retire before qualifying for full social security retirement benefits. These factors include the retiree’s age and health, any pressures from the retiree’s employer to retire, the retiree’s motives in retiring, and whether or not the parties had previously discussed the retiree’s proposed retirement date. The trial court concluded, based on these factors, that the husband was justified in retiring early, despite the potential impact on the wife.

The wife appealed, arguing that use of the 2014 statute in assessing the husband’s motion wasn’t permissible, as the PSA existed prior to that date. The Appellate Division disagreed. The appellate opinion pointed out that, most importantly, the PSA stated clearly that the husband would be entitled to file a motion seeking to have his alimony obligation modified or ended when he retired. The parties had already agreed that this would qualify as the “changed circumstances” required to file such a motion. The opinion also pointed out that the factors included in the 2014 statute merely serve as a guide for the trial court to determine if an obligor’s prospective or actual retirement before becoming eligible for full social security retirement benefits is ‘reasonable and made in good faith’” (quoting the alimony statute), and that the court could have used the same factors in deciding such a motion prior to 2014, as well.

If you need legal assistance with an issue before a family judge in New Jersey, speak with the knowledgeable and effective Union family law attorney John B. D’Alessandro for a consultation on your case, at 908-964-0102.