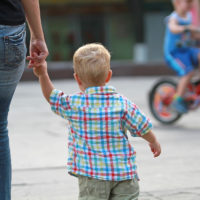 Shared custodial arrangements can often take a toll on children. Moving from one home to another multiple times a week can itself be taxing and can prevent children from developing a stable routine. In order to correct for the effects of this upheaval, parents must make an effort to ensure that their children are able to keep up with their homework assignments and projects. If children appear not to be thriving in school after spending the night with one of their parents, the court can intervene to limit weekday visits with that parent. In a recent case before New Jersey Family Part Judge Lawrence Jones, the judge considered a mother’s request to prevent her children from staying with their father on school nights, on the basis that the children were not completing their homework on the nights they were with their father.

The case in which this issue arose is titled M.C. v. P.C. The couple at the center of the case had gone through a very contentious divorce two years earlier, repeatedly returning to court over a variety of conflicts. The mother had primary residential custody of the couple’s two children, and the father had custody on Thursdays after school through Sunday. The mother, who worked at the children’s school, claimed that the children were routinely showing up to school on Friday mornings without having done their homework, and that she needed to scramble to help them complete it before classes began. She argued that weeknight overnight visits should be eliminated during the school year as a result, in order to ensure that her children performed as well as possible in school. The father denied that this was occurring, claiming that he did help the children with their school work and could continue to do so.

The judge began his analysis by noting that the “quality and continuity of the child’s education” should, under New Jersey law, be a primary concern when creating a custodial arrangement. The judge described the important role that parents play in ensuring a child’s successes in school, and the ways that combative divorced parents can hurt their children’s success. Even when parents are able to communicate successfully regarding their children’s education, the judge described the potential for “a child to incur significant distraction and a loss of appropriate focus on meeting scholastic responsibilities” when traveling back and forth between parents’ homes.

Additionally, Judge Jones described some parents’ temptation to do only “fun” things during their allotted parenting time, leaving the other parent to handle responsibilities like assisting the child with schoolwork. The judge pointed out that this was not an acceptable attitude for parents to have towards their time with their child: “If a parent wants midweek overnight parenting time during the school year, he or she takes the children with all of their scholastic responsibilities and other midweek obligations, in one integrated package,“ and if a parent cannot make this commitment, “then mid-week overnight parenting may not be in the child’s interest or consistent with effective co-parenting.”

In cases where overnight visits in the middle of the week appeared to be interfering with a child’s schoolwork, Judge Jones suggested that courts consider arrangements which allow parents to have time with their children, while still allowing children to have time to complete their work. This could occur in the form of a parent having time immediately after school with their child, but having the children spend the night with the parent who will help them with schoolwork, or having children complete schoolwork before going to their other parent’s home to spend the night. In regards to the specific case before him, Judge Jones ruled that the mother had not presented proof, such as school records or examples of specific assignments left undone, evidencing a chronic issue that required the court’s intervention in the form of limiting weeknight overnights. Judge Jones did craft an agreement for the parents to enter, requiring that: the father provide notice to the mother if any homework was left unfinished and why; the children’s teachers notify both parents if the children seem underprepared; and that the parents hold respectful and civil discussions between themselves and their children’s teachers if the children consistently struggle with their work.

If you are facing difficulty at reaching a mutually acceptable co-parenting or custodial arrangement between yourself and your former spouse, contact the seasoned, experienced, and effective Union family law attorney John B. D’Alessandro for a consultation on your case, at 908-964-0102.