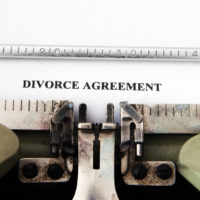 Making the decision to marry or divorce is a more complicated decision than entering other types of legal relationships. It isn’t uncommon for parties to commit fraud or coercion in the form of emotional manipulation or even threats of abuse to obtain their desired financial outcome. New Jersey family courts try to limit these threats by strongly encouraging spouses to enter marital separation agreements (MSAs), premarital agreements, or other marriage-related contracts only after obtaining legal advice, and providing means for spouses who nevertheless claim they were forced into an agreement to have these contracts found invalid. That said, if a spouse was provided with abundant opportunities to have a lawyer review an MSA or premarital agreement, or just to carefully review it for themselves before signing it, and the spouse bypassed these opportunities, they are likely to be stuck with the agreement, no matter how unfavorable it is.

A recent case, titled Tirendi v. Tirendi, provides an example of where an MSA will be found valid, despite ambiguous circumstances surrounding its signing. In this case, the wife had her attorney prepare an MSA after discovering that her husband had been unfaithful. The MSA provided that the wife would have sole legal custody of the couple’s children, that she would receive alimony to be paid from the couple’s business, that she would keep the home (while the husband paid the remainder of its mortgage), and that she would receive the couples’ retirement and joint brokerage accounts. The agreement provided that the husband could keep a car and would be responsible for paying for the indoor horse-riding arena the couple had built on their property. The husband, without reading it or getting a lawyer’s advice, signed the agreement three days after receiving it. Several days later, the husband signed a judgment of divorce that incorporated the MSA, again declining his right (and his wife’s lawyer’s suggestion) to obtain the advice of a lawyer.

After the divorce was final, the spouses continued to live together, go on family vacations with their children, and even attended counseling and engaged in sexual relations. However, they also began dating other people. The husband moved into the pool house seven months after the divorce was final. Four months later, he transferred the couple’s retirement accounts to his ex-wife as dictated by the MSA. He moved off the property entirely three months later.

Over a year after the judgment of divorce was entered, the husband filed a motion to vacate it, claiming that the MSA should be found unenforceable. He claimed that his wife had fraudulently convinced him that, despite having cheated on her, he could save their marriage by signing the agreement. The husband argued that the MSA was presented as a kind of mid-marriage agreement. Unlike prenuptial agreements or property settlement agreements written in the lead-up to a divorce, New Jersey will not uphold so-called mid-marriage agreements. New Jersey courts have ruled that the agreements are coercive, posing too great a threat that the spouse who didn’t prepare the agreement will feel compelled to sign if they wish to remain married, no matter the terms included in the agreement. Prenuptial agreements, on the other hand, offer spouses the opportunity to walk away if they find the terms untenable, and courts assume that the spouses are in adversarial positions when creating property settlement agreements before a divorce, making them capable of arguing for their own interests.

In Tirendi, the court disagreed that the MSA had been presented as a mid-marriage agreement. The husband could not produce evidence showing that the wife claimed the agreement would save their relationship, nor any evidence that the couple planned to continue their relationship after the MSA and judgment of divorce was signed. The court disagreed that the couple showed an intention of staying married merely by continuing to live together for a brief time after the divorce. The court found it more convincing of the couple’s intention to divorce that they began dating new people, that the husband moved out, and that he followed the terms of the MSA by transferring the couple’s retirement accounts to the wife. The court found the husband’s argument that he’d been the victim of fraud or force in signing the MSA unconvincing due to his refusal to seek a lawyer’s advice, or to read the MSA at all before signing it.

If you are planning to divorce in New Jersey and want an experienced, knowledgeable, and effective attorney’s help in creating the documents you’ll need to protect your interests, contact Union family law attorney John B. D’Alessandro for a consultation, at 908-964-0102.