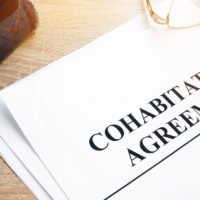 When couples divorce based on an affair or betrayal of trust, there is a natural tendency to feel entitled to some recompense for being treated poorly. However, in the absence of a premarital agreement or the violation of a law, a scorned spouse is no longer entitled to any special benefits for being the victim of hurtful or immoral behavior.

New Jersey is a no-fault divorce state. This means that, not only do parties to a divorce not have to prove improper or cruel behavior in order to obtain a divorce, but also that parties do not stand to gain additional benefits in a divorce by proving egregious behavior. In a recent case that came before New Jersey’s Appellate Division, a husband’s request to cease paying alimony was denied, despite a factual background that left the alimony-receiving spouse looking less than admirable.

The couple at the center of the case of J.S. v. J.M. divorced in 2010 after twenty years of marriage. That same year, while the court’s opinion doesn’t clarify if this came before or after the divorce, the wife began an affair with the husband’s brother, Nolan. In the property settlement agreement (PSA) between the spouses, the husband had agreed to pay alimony to the wife until he reached retirement age, or until the wife cohabited “with an unrelated male in lieu of remarriage for a period of [thirty] days or more.”

The husband filed a motion to terminate alimony in September of 2015. Using evidence of a lease signed by both Nolan and the wife, the husband claimed that the wife had been in a relationship and was now living with his brother. The wife admitted that she and Nolan had been having an affair, but denied that she was living with him. At a hearing on the motion, Nolan testified that the wife had co-signed the lease only because his credit was too poor to get the apartment without help, and that she had never lived there or contributed to household expenses. The wife lived with her mother, who testified that she knew about the wife’s relationship with Nolan, but that she rarely stayed overnight anywhere but at home. The mother also admitted that the wife contributed heavily to their household expenses, and that she was dependent on the alimony payments the wife received.

While the judge determined that the wife was not a credible witness and had instructed the mother in how she should testify, and believed the husband’s testimony to be truthful, she found no cohabitation and denied the motion to terminate alimony. The judge found that the wife and Nolan had “a dating relationship, and no matter how untoward this relationship appear[ed] . . . , it [did not] mean cohabitation.” The husband had been able to prove only about thirty overnight visits by the wife, and “no commingled funds,” which was insufficient to prove that the couple lived together.

After the judge had rendered her decision, the husband moved for reconsideration. He also filed a motion under Rule 4:50-1, which allows for reconsideration of a judgment, among other reasons, when a party discovers new evidence which would lead to a different result. The husband presented a letter he received from Nolan as the new evidence that would support the motion to terminate alimony. After the hearing, Nolan had written a letter to his brother to “explain his testimony” at the court hearing. In the letter, Nolan wrote that the wife had spent “some nights in [his] new apartment,” and had “spent many nights at [his] former address at the family home.” Nolan explained that he had “hid the truth” about his relationship with the wife based on how painful it had been for the brother, and that, “by denying the truth and not realizing you knew my denial to be untrue, I only made it impossible to repair the relationship with you.”

The trial court denied the motion for reconsideration and the Rule 4:50-1 motion, holding that the letter didn’t present information that would lead to a different result. The Appellate Division affirmed the trial judge’s decision. The Appellate Division wrote that the letter didn’t provide any new information, “other than an apparent heartfelt apology for the pain caused by his affair with [the wife],” and had no impact on the judge’s factual findings that were based on testimony at the hearing. The court’s decision meant that the husband would continue to owe the wife monthly alimony payments.

If you’re in need of seasoned, effective, and dedicated legal help with a New Jersey divorce or custody dispute, contact the Union offices of family law attorney John B. D’Alessandro for a consultation, at 908-964-0102.