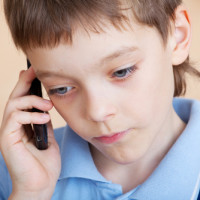 Every child seems to have a cell phone, both so that their parents can reach them, and so they can stay in touch with friends. Most parents assume that that they can place limits on their children’s cell phone use as necessary, to ensure that cell phone use doesn’t get out of hand. However, one New Jersey Appellate Division panel has ruled that a parent cannot limit that cell phone use when it interferes with a child’s relationship with another parent.

In the case titled Caitano v. Caitano, parents Gina and Kenneth divorced in 2010 but continued filing motions on various parenting issues relating to their two children, as well as financial issues, for years afterward. Kenneth had previously filed a motion requesting a change of custody when he believed that his son had been left alone and unattended for too long, threatening his safety. While that motion was denied, Kenneth’s most recent motion, filed in January of 2014, again requested a custody transfer and hearing regarding the children’s best interest, as well as sanctions against Gina for interfering with their children’s communication with him.

In his motion, Kenneth claimed that his son had told his dad that the son’s cell phone, which Kenneth paid for, had gone missing at his mom’s house. While Kenneth said he’d file a claim with his cell phone provider’s insurance company to replace it, before he could do so, Gina had bought a new phone for the son on her own cell plan. However, Kenneth said that Gina had blocked Kenneth’s phone number from the phone. Kenneth believed that Gina had taken his son’s phone in order to replace it with a phone that kept the son from communicating with his father. The court concluded that, without some evidence of Gina taking the phone, no reimbursement was due. The court did side with Kenneth in finding that blocking Kenneth’s phone number in the children’s phones was inappropriate. The Appeals panel pointed out that, normally, a court would not interfere with disciplinary measures taken by a parent, but since Gina had not denied that she blocked Kenneth’s phone number, nor had she claimed that she’d done so as a form of discipline, Gina could not manipulate the children’s phones in a way that interfered with Kenneth’s ability to reach them.

Finally, while the panel had agreed in part with Kenneth by ordering that Gina un-block Kenneth’s phone number in the children’s phones, since Kenneth had also tried to re-argue issues from previous motions that had been denied or that held no merit, the court found that Kenneth was required to pay Gina’s attorneys’ fees.

Custody battles can extend through years of arguments over parenting issues both small and large. Choose legal help that will resolve these conflicts as painlessly as possible, while ensuring that your interests are well-represented. Contact the Union, New Jersey Law Offices of John B. D’Alessandro for a free consultation on your family law issues at 908-964-0102.