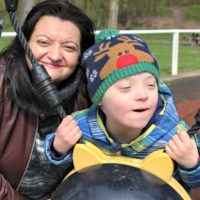 A recent New Jersey Appellate Division case provides an example of when courts will grant an award based on a parent’s failure to utilize their visitation time, and of the complexities of raising a disabled child after divorce. Learn about the case below and speak with a knowledgeable Union family law attorney with any additional questions.

Raising a Child After Divorce

In the case of Zhong v. Ye, the couple at the center of the case had lost one child and had a surviving severely disabled son prior to their divorce in 2006. The couple’s property settlement agreement (PSA) was an example of how a PSA can be personalized to meet a couple’s unique needs and challenges. The PSA stated that legal custody would be shared, with the mother as the residential parent and father having visitation time. The PSA also established that the father would need to maintain health insurance for his son, who needed constant supervision due to his neurological issues, and laid out the amounts of child support and alimony that the father would be obligated to pay.

The visitation time called for in the PSA was, essentially, mandatory, as it was both an opportunity for the father to see his son and an opportunity for the mother to receive a respite from the demands of caring for her disabled son. The PSA required that the father show proof of his need to travel during scheduled parenting time, and that he not be out of the country during his scheduled parenting time more than four times in a 12-month period. If either parent didn’t fulfill their parenting time obligation, the PSA allowed the other parent to seek reimbursement for professional nursing services that the other parent would need to secure during scheduled visitation time.

The father stopped exercising visitation time early in 2016, after having intermittently missed this time for the previous three years. When the mother learned in late 2016 that the father had returned to China, his country of origin, she filed an emergency order to show cause. She asked the Family Part judge to issue an order requiring that the father maintain insurance, requiring him to reimburse the mother for the professional nursing services she hired when the father failed to exercise visitation time during 2013-2016, and granting the mother sole custody of their son. The judge who heard the mother’s motion denied much of the relief she requested. The judge reasoned that the mother had already received child support from the father to help cover expenses relating to the son, that the father moving to China was not a substantial change in circumstances, and that the mother had failed to prove how much it cost to hire a professional nurse by submitting an updated case information statement.

The Appellate Division reversed the trial court’s decision and ordered that the lower court hold a hearing on whether the father’s relocation has had an effect on the father’s “financial and emotional responsibility to help [the son] cope with his special needs.” The Appellate Division explained that, despite the mother’s failure to submit an updated case information statement, the court had a “parens patriae responsibility to [the son] to ensure [the father’s] decision to relocate to China does not adversely affect this special-needs child’s best interest.” In other words, the court had a duty to act as a parent would to ensure that the child was receiving the support and care he needed. Since the matter was so contentious, the Appellate Division ruled that a hearing where both the mother and father testified would be necessary, providing the judge with an opportunity to assess the credibility of each parent.

If you’re in need of skilled, knowledgeable, and effective legal help with a divorce or custody dispute in New Jersey, contact the Union offices of family law attorney John B. D’Alessandro at 908-964-0102.