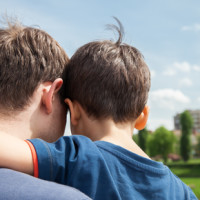 In a recent Ocean County Family Part court decision, Judge Lawrence Jones invalidated an indefinite restraint on contact between a child of divorced parents and a parent’s new significant other. In the case of Mantle v. Mantle, the divorcing couple had entered a consent agreement stating that each parent would be indefinitely restrained from allowing their child to be in contact with any new boyfriends or girlfriends of the parents. The mother went to court to enforce this agreement several months after it had been entered, due to the father allowing his new girlfriend to be in contact with their child.

Judge Jones held that a court could not enforce an open-ended restriction without some evidence of inappropriate behavior by the new romantic partner toward the child. The judge listed more appropriate criteria for a court to use when determining how much contact between a child and a new boyfriend or girlfriend should be restricted, including the age of the child, how long the parents have been living in separate locations, how long the parent and new partner have been dating, and whether the child already knew the new partner.

Restrictions on the extent to which an agreement or court can restrict contact between a child and a divorced parent’s new partner is called a DeVita restraint. In his opinion, Judge Jones questioned whether DeVita restraints remained “socially viable in 2015.” In the case of DeVita v. DeVita, decided in 1976, the appellate court determined that the community surrounding the child would perceive that the “moral welfare” of the children could be harmed if the new girlfriend or boyfriend of the parent visited with the children. Judge Jones reasoned that, “[s]ociologically speaking, 1976 was a million years ago,” and that the form of romantic relationships and social opinions on what is or isn’t harmful to children had both changed dramatically.

The judge went on to outline a more gradual plan to introduce the child to the parent’s new partner, rather than an abrupt change that could be traumatic to the child. Based on the fact that the child at issue in the current case is 6 years old, and that the child already knew the father’s girlfriend and the parents had been living apart for five months, Judge Jones ordered a six-month bar to introducing the child to new partners, beginning with the initial separation. Judge Jones also ruled that new partners would not be permitted to stay overnight with the child present until 12 months had passed from the initial separation.

Finding a custodial arrangement that works for you and your former spouse can be extremely challenging. Contact a compassionate and experienced family law attorney to help you navigate this process as smoothly as possible. Call the Union law offices of John B. D’Alessandro to discuss your New Jersey family law matters, at 908-964-0102.