Considering Representing Yourself in Your Family Law Matter? Tread Carefully 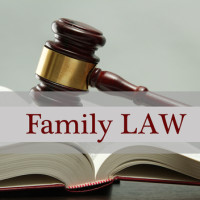 The recently-decided case of Grace v. Grace serves as a bit of a cautionary tale about why representing yourself in your family law matter might not end up saving you money.

Jennifer and Gary Grace had a son in 1998, and divorced in 2001. A 2012 review of Gary’s child support obligations by the Board of Social Services resulted in a recommendation that the payment increase from $160 a week to $220. Gary objected, and the matter went to court. Jennifer requested reimbursement of about $1200 for Gary’s share of the costs of their son’s orthodontic treatment, in addition to the increase in child support. Gary counter-requested a reduction of the amount of the current child support payment, from $160 to $106. The court reviewed each party’s financial disclosures, which included disclosures regarding Social Security Income payments which Jennifer received for her autistic son from another marriage, income imputed to Jennifer based on an estimate that she could work 20 hours per week for $10 per hour, and the disclosure that Jennifer and her new husband lived in her parents’ home, where they were obligated to pay utilities. Based on the disclosures, the court granted Jennifer’s request for Gary to pay half of their son’s orthodontic bill and also granted the motion for an increase of the child support payment to $220 per week. The family court declined to count the Social Security Income in its calculation of Jennifer’s income.

While Gary was represented by an attorney for the initial hearing, he filed a motion for reconsideration of the two orders issued by the court in propria persona (i.e., representing himself) requiring Gary to pay the costs of orthodontia, and an increased amount of child support. Unfortunately, he missed the deadline to have the court’s earlier order reconsidered, as well as the deadline to appeal the decision to the Appellate Division, so the earlier order was final. The motion for reconsideration for the court’s second, later order was filed in time, but was denied by the family court. The court pointed out that Gary had not presented new evidence in his motion, which he was required to do, and did not otherwise meet the standards for a successful motion for reconsideration.

Gary missed the deadline to file an appeal of the court’s order increasing his child support obligation, and could only appeal the fact that the court wouldn’t reconsider that order. While the Appellate Division could have simply concluded that the denial of the motion for reconsideration was appropriate, the appellate panel’s opinion examined certain arguments offered by Gary as to why the family court’s calculations were wrong. Gary argued that Jennifer should have had a greater amount of earning ability imputed to her, above $10 an hour for 20 hours a week. However, the appellate panel found that caring for an autistic son required too much time for Jennifer to work outside the home more than 20 hours a week, and also pointed out the high cost of child care for a nonverbal autistic child. Gary also argued that Jennifer’s other son’s Social Security Income should have been counted toward Jennifer’s household income, but the court pointed out that Social Security Income for a different child from a separate marriage cannot be counted toward general household income. Finally, the appellate panel disregarded Gary’s arguments that Jennifer’s housing with her parents should be considered in-kind income, since it was not provided as a form of payment for work done, and since Jennifer and her husband still paid utilities to live there. Since Gary’s motion for reconsideration lacked merit, the court awarded Jennifer a portion of the attorneys’ fees she spent defending against the motion.

Family court matters can drag on for a long time, and not all decisions come out the way you might like. Trying to serve as your own attorney in a complex court system might not end up saving you money after all. Hiring an experienced family law attorney can end up paying dividends by saving you from making expensive mistakes when trying to represent yourself. Contact New Jersey family law attorney John B. D’Alessandro at The Law Offices of John B. D’Alessandro, LLC in Union for a consultation on your family law matters, at 908-964-0102.