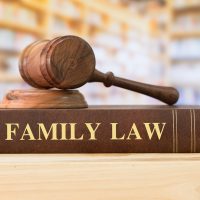 There are many misconceptions about family law and divorce. These myths may arise as a result of pop culture, “telephone” distortions via word of mouth over time, or a misunderstanding of how the law has evolved over time. Below, we discuss a few of the more common misconceptions about New Jersey family law and how the law actually applies. Read on for the discussion, and call a seasoned New Jersey divorce attorney with any questions or for help with a New Jersey family law matter.

Divorce Requires Both Parties to “Sign the Papers”: False

There’s a common plot point in films and TV shows in which our hero will try to get a divorce, while their ex refuses to sign the papers and contests the divorce. In reality, modern family law does not require both parties to consent to a divorce.

In New Jersey, you can file for divorce based on “irreconcilable differences” –meaning the couple no longer gets along–with or without the consent of your spouse. You simply need to file the appropriate papers in court and serve them on your spouse in accordance with proper court procedure, which your attorney will handle.

So long as you effect proper service, your spouse is bound by the divorce proceedings. If they refuse to respond to your complaint for divorce and fail to show up in court, you can seek a “default judgment” which effectively grants you everything you ask for in your complaint. You win by default.

Historically, mothers had the edge in child custody disputes. Women tended not to have their own jobs and acted as homemakers, raising the children. These “traditional” family roles are no longer the norm; it’s common for both spouses to work, and for fathers to take just as much of a role at home as mothers. Many families involve same-sex parents, single parents, and other arrangements.

At the start of a custody dispute, New Jersey courts view both parents equally. Courts prefer to maintain continued contact between the child and both parents as opposed to granting sole custody. If the parents cannot agree on a child custody arrangement, the court will issue a decision based on several factors including the parents’ ability to cooperate and collaborate in parenting, the needs of the child, the stability of each parent’s home life, each parent’s fitness, each parent’s employment responsibilities, and other factors. The court will render a decision that serves the best interests of the child based on an analysis of these factors; whether the parent is a “mother” or a “father” is not a deciding factor.

My Spouse Committed Adultery So I Don’t Owe Alimony (or Child Support): False

New Jersey is a no-fault divorce state. Even though one party could file for divorce based on fault, that will not necessarily affect the outcome of the case. Adultery is not typically relevant to determining alimony or child support, regardless of whether it was committed by the financially dependent spouse or the primary earning spouse.

The only exception is where adultery is committed in connection with serious marital misconduct that affected the marital estate. For example, if one spouse spends thousands of dollars of marital funds on gifts, vacations, and other expenses for the benefit of an extramarital paramour, the court may determine that that spouse is entitled to fewer marital assets, a lower alimony award, or must pay a greater alimony award.

Some states, such as California, are known as “community property” states. In community property states, each spouse has a 50% ownership interest in marital property. Upon divorce, the property is divided equally between the spouses.

New Jersey, on the other hand, is an “equitable distribution” state. That means that each party is entitled to an equitable, or fair, share of the marital estate. If the parties cannot agree on property distribution, the court will issue an order to distribute the property fairly between the parties based on the court’s evaluation of a number of different factors. Relevant factors include each party’s income during and after the marriage; the contribution of each party as a homemaker; the tax consequences of a given distribution; the contribution of each party to the acquisition, value, appreciation, or depreciation of marital assets; and others.