College Expense Contribution Not Available when Sought Too Late 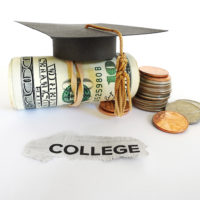 The State of New Jersey has laws which are particularly generous in awarding the costs of college expenses as an element of child support. Courts regularly delay emancipation where a child over the age of 18 is earning a bachelor-level, or even graduate-level, degree. The willingness of New Jersey family courts to distribute the costs of a child’s higher education among separated parents, however, has its limits. In a recent case before the New Jersey Appellate Division, the judges denied a request for assistance with college costs where, among other issues, the request was made too late.

The case coming before the Appellate Division, titled Powell v. Rowe, was based on the education costs of the now-emancipated child of a couple who had never married. The child lived with her mother, and the parents had long worked out the expenses of raising their daughter informally between themselves. When their daughter was a senior in high school, the mother sought and obtained a court order awarding her child support. The daughter enrolled in an undergraduate program, followed by a one-year masters’ program. While the father did attend his daughter’s college graduation party, the two were not close. The father was not party to any decision-making process over the daughter’s post-high school education choices, but he did continue to pay child support while the daughter attended college and graduate school. The mother took out over $100,000 in Parent Plus loans to pay for her daughter’s education. Neither the mother nor daughter asked the father to contribute to the daughter’s educational costs either before or during either of her degree programs.

The parents agreed in a consent order that the daughter would be considered emancipated in January of 2015, several months after she had completed her masters’ program. Two days before the emancipation consent order was entered, the mother filed a motion seeking contribution from the father for the daughter’s educational expenses. The Family Part judge denied the motion as coming too late. The mother appealed, and the Appellate Division affirmed the Family Part judge’s decision.

The Appellate Division’s opinion described the factors most commonly used by courts in determining whether or not to compel a parent to pay a portion of their child’s educational expenses, known as the “Newburgh factors” after the case from which they come, Newburgh v. Arrigo. These factors include the relationship between the child and parent, the parents’ financial resources, and the availability of financial aid or student loans. Subsequent cases have also added to this analysis a consideration of whether or not the parent had any role in deciding where or what the child would study, and instructed that parents should request help with educational expenses before those expenses are incurred. While it is not contrary to law that a parent be awarded such expenses after their child had already begun a degree program, such delay was a factor that weighed against awarding those expenses.

If you need trusted, compassionate, and effective legal help with your New Jersey divorce or custody dispute, contact the Union family law attorney John B. D’Alessandro for assistance with your case, at 908-964-0102.